In an interview with Yahoo Finance today, Intel’s newly appointed CEO Pat Gelsinger said that the ongoing competition between his company and Apple is “fun,” while also saying he hopes to make amends with the Cupertino tech giant. 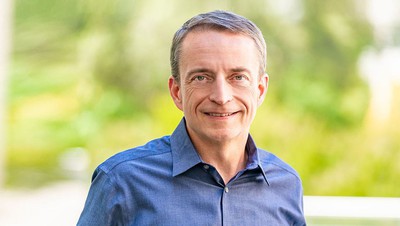 Over the next two years, Apple will transition its Mac lineup away from Intel processors to its own Apple silicon chips. Apple is already well underway on the transition, having released three Mac computers based on its
M1 SoC. Intel in response launched a marketing campaign last week to label Macs and ‌M1‌ as inferior to Intel processors.

Despite the barrage of attacks, Gelsinger has indicated that he hopes to have Apple as a future customer. In his interview with Yahoo Finance, Gelsinger said that Apple relies too heavily on its current supplier, TSMC, for manufacturing Apple silicon and that Intel wants to offer its own services instead.

Apple is a customer, and I hope to make them a big foundry customer because today they’re wholly dependent on Taiwan Semiconductor. We want to present great options for them to leverage our foundry services, as well, just like we’re working with Qualcomm and Microsoft to leverage our foundry. We’re going to be delivering great technology, some things that can’t be done anywhere else in the world.

Gelsinger attributed the recent tense competition with Apple to the fact that there’s still room for innovation in the industry and the bonus that PC demand is the highest it’s been in over a decade. Gelsinger went on to say there’s “competitive fun going on with Apple and the Mac ecosystem.”

So obviously, you’ve seen some of the competitive energies [in chipmaking] resume because there’s a lot of great innovation to be done, and we haven’t seen PC demand at this level for a decade and a half. The world needs more of that, and there is competitive fun going on with Apple and the Mac ecosystem.

As part of its anti-Apple silicon marketing campaign, Intel recently hired former “I’m a Mac” actor Justin Long to star in a series of ads comparing ‌M1‌ Macs to laptops powered by Intel processors. Additionally, Intel has turned to Twitter for the campaign and has created its own website to compare ‌M1‌ Macs against PCs.