We have a special Thursday giveaway this week, coming to you from Boss Team Games and Gamaga, who want to celebrate the launch of strategic turn-based fighting game Cobra Kai: Card Fighter, which can be downloaded today from the App Store.

Boss Team Games and Gamaga are offering an
iPhone 12 Pro to one lucky
MacRumors reader, which will come with in-game currency to spend in Cobra Kai: Card Fighter. Two other winners will also get in-game cash to enhance the gameplay experience. 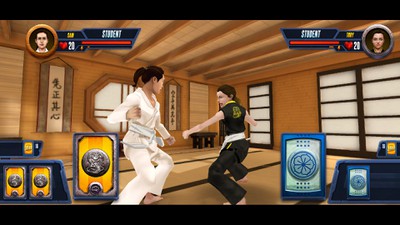 Cobra Kai: Card Fighter, as the name suggests, is a fighting game. It retells the first two seasons of the popular Cobra Kai Netflix show, with players able to choose between rebuilding and reopening the Cobra Kai dojo with Johnny Lawrence or sticking with the traditional Miyagi-do Karate with Daniel LaRusso. 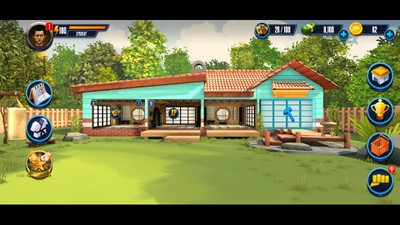 In the game, players will build their dojos, recruit students from the TV series, and train them up to become All Valley Champions before challenging other senseis from around the world. There’s a single-player story mode and a PvP multiplayer tournament mode. 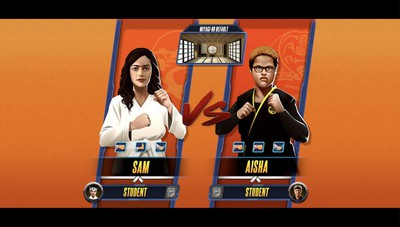 Gameplay is card based, with cards based on karate punches, throws, and kicks, plus special attacks and combos for every fighter. Choosing a winning series of cards requires strategy, but with the fight-based theme, the game is action packed. In between challenges, players can train their fighters, level up their belt ranking, build decks, and customize characters. 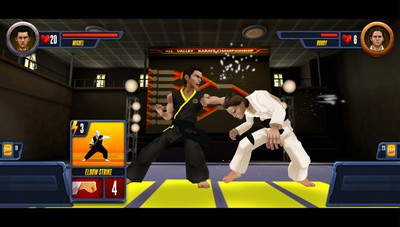 Cobra Kai: Card Fighter is available starting today, and one lucky winner can enter our ‌giveaway‌ to win an ‌iPhone 12 Pro‌ (in the color of your choice), plus $15,000 in-game cash to make purchases like Training Room upgrades, Student Booster Packs, and Tokens.

A second place winner will receive $10,000 in-game cash for the Cobra Kai: Card Fighter game, and a third place winner will receive $6,000 in-game cash. To enter to win our ‌giveaway‌, use the Gleam.io widget below and enter an email address. Email addresses will be used solely for contact purposes to reach the winners and send the prizes. You can earn additional entries by subscribing to our weekly newsletter, subscribing to our YouTube channel, following us on Twitter, following us on Instagram, or visiting the MacRumors Facebook page.

Due to the complexities of international laws regarding giveaways, only U.S. residents who are 18 years or older are eligible to enter. To offer feedback or get more information on the ‌giveaway‌ restrictions, please refer to our Site Feedback section, as that is where discussion of the rules will be redirected.