Apple’s first entry-level Mac to feature mini-LED display technology will be a new MacBook Air due to launch next year, according to TFI Securities analyst Ming-Chi Kuo. 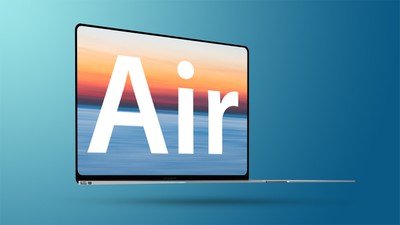 From his latest investors note, obtained by
MacRumors:

We expect that the new ‌MacBook Air‌ will adopt a mini LED in 2022, increasing MacBook’s mini LED adoption rate. In contrast, only high-end iPad models will use mini LED displays, and the overall growth momentum may be lower than that of MacBooks.

The 2022 ‌MacBook Air‌ will also feature Apple Silicon, according to Kuo. The analyst believes that Apple will be able to offset the increased cost of using mini-LED panels in its Macs precisely because the cost of ‌‌Apple Silicon‌‌ chips is significantly lower than that of Intel processors.

Kuo said last year that he believes a mini-LED ‌MacBook Air‌ is due to arrive in 2022, and also said he expected Apple to release two redesigned MacBook Pro models, both equipped with mini-LED displays, in the second half of this year. In today’s note, Kuo underlined how much suppliers of mini-LED displays can expect to benefit from Apple’s wider adoption of mini-LED a result.

In addition to Apple silicon and Mini-LED displays, Kuo expects the new MacBook Pro designs to feature a flat-edged top and bottom, an HDMI port and SD card reader, classic MagSafe charging with a magnetic power cable, and physical function keys instead of the Touch Bar. Bloomberg‘s Mark Gurman has corroborated many of these details, and he was first to report that an SD card reader is returning.

Today’s note from Kuo also said that Apple’s first mini-LED 12.9-inch iPad Pro will enter mass production in the second half of April, and that the iPad Air would adopt OLED displays in 2022, positioning mini-LED as a display technology exclusive to ‌iPad Pro‌ devices in the company’s tablet lineup.