Apple will introduce new iPads as early as April, according to a new report shared today by Bloomberg. The April date comes following incorrect rumors that Apple planned to hold an event on March 23. 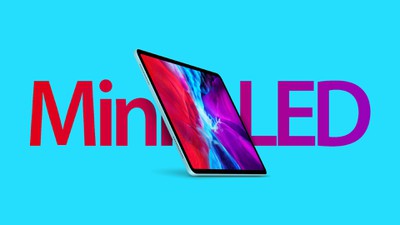 Apple will refresh its
iPad Pro lineup, introducing new models that “look similar to the current
iPad Pros” in the same 11 and 12.9-inch screen sizes. The two iPads are expected to feature an updated processor that’s “on par” with the
M1 chip in the
MacBook Air, MacBook Pro, and
Mac mini.

A mini-LED display will be included with “at least” the larger 12.9-inch ‌iPad Pro‌, with the display upgrade bringing improved brightness and contrast ratios. This is in line with many rumors that we’ve heard previously, and most of the information suggests the upgraded display technology will be limited to the 12.9-inch ‌iPad Pro‌.

Apple has tested ‌iPad‌ Pros with a Thunderbolt connector that would make them compatible with additional external monitors, hard drives, and peripherals, plus it brings faster data syncing speeds. Apple’s Mac machines have included Thunderbolt ports since 2016, but current ‌iPad Pro‌ and iPad Air models have USB-C ports.

Later this year, Apple plans to refresh its cheapest ‌iPad‌, and Apple is also working on a new version of the iPad mini with a larger display.