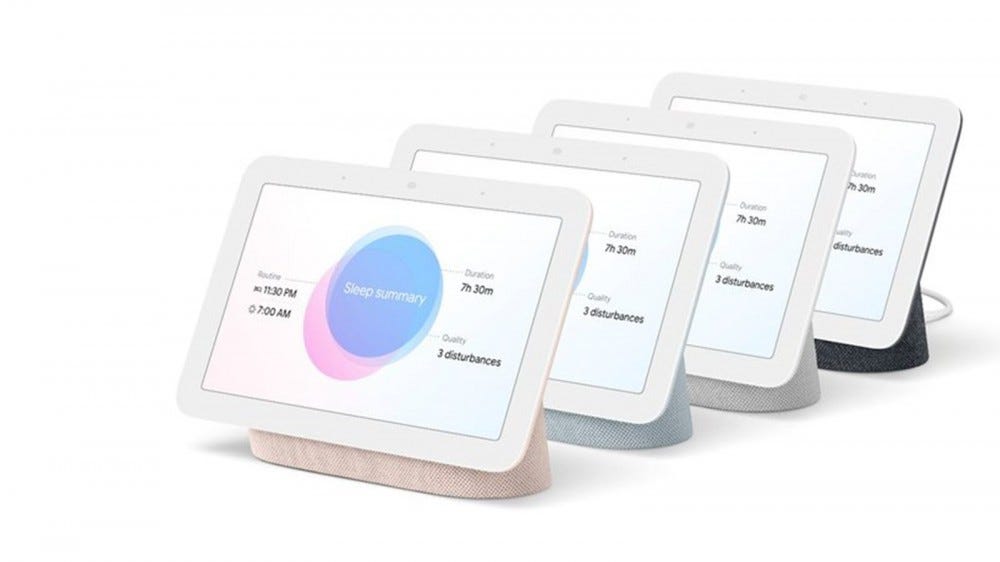 Believe it or not, it’s been two years since Google released the original Nest Hub (formerly Home Hub). After a long wait, the second-generation Nest Hub is here, and while the design sees minor tweaks, it’s getting significant new features in the form of sleep tracking and gesture controls. Despite the changes, Google only bumped the price modestly up to $99, $10 above the original model.

If you find wearing a sleep tracker uncomfortable, you may find the Nest Hub’s contactless tracking a good solution. The Nest Hub (2nd Generation) (Nest Hub for the rest of this article) embeds a Soli Radar chip in the device’s upper right-hand corner. That empowers the device to include Sleep Sense, a contactless tracking mechanism to monitor your sleep.

It’ll “watch” the closest person to the hub to keep track of motion, snoring, coughing, and even breathing. Like the original Nest Hub, the updated version doesn’t have a camera to alleviate some privacy concerns with bringing a Hub into your bedroom. Privacy is the name of the game here, and Google promises not to use your sleep data for advertising purposes.

And thanks to that lack of a camera, the Nest Hub can only track movement, not faces or specific bodies. And while the Nest Hub can listen for snoring and coughing, that work is done on-device and doesn’t touch Google’s servers. If that’s not enough for you, you can turn off the sleep sensors in-app or with the hardware switch (which also disables the microphone).

When you’re ready to see your sleep data, you can get to it through the Nest Hub’s display or in the Google Fit on Android and iOS. The Nest Hub can show your sleep data first thing in the morning, and you can ask to see it at any time. Google says the second-gen Nest Hub will come with Sleep singings as a “free preview until next year.” How much it will cost after that isn’t clear.

As for the new Nest Hub itself, the hardware gets a mild redesign. Like the Nest Hub Max, the display now has a “floating tv” view, thanks to a taller stand. It still has wide bezels that give the Nest Hub a “picture frame” look. Google says the Nest Hub will produce “50 percent more bass than the original Hub,” so it should sound better.

And when you’re not using the Soli Radar for sleep tracking, it doubles as a gesture sensor. You can pause or play music at any time by tapping the air in front of the Nest Hub. If you prefer local controls, the Nest Hub has a dedicated on-device machine learning chip that moves some of the Assistant experiences to your local device, though that feature is limited to the U.S. for now. And the new Nest Hub will support Project CHIP, making it future proof for smart homes.

You can pre-order the Nest Hub  now for $99 at the Google Store.