A new report suggests that 5G performance on the iPhone 12 and iPhone 12 Pro lineups lag many of their Android-based competitors.

Although the iPhone 12 and iPhone 12 Pro models saw a 2.3 times increase in speeds compared to their 4G iPhone counterparts, Apple’s latest smartphones ranked lower than at least 25 Android models in the OpenSignal speed report. 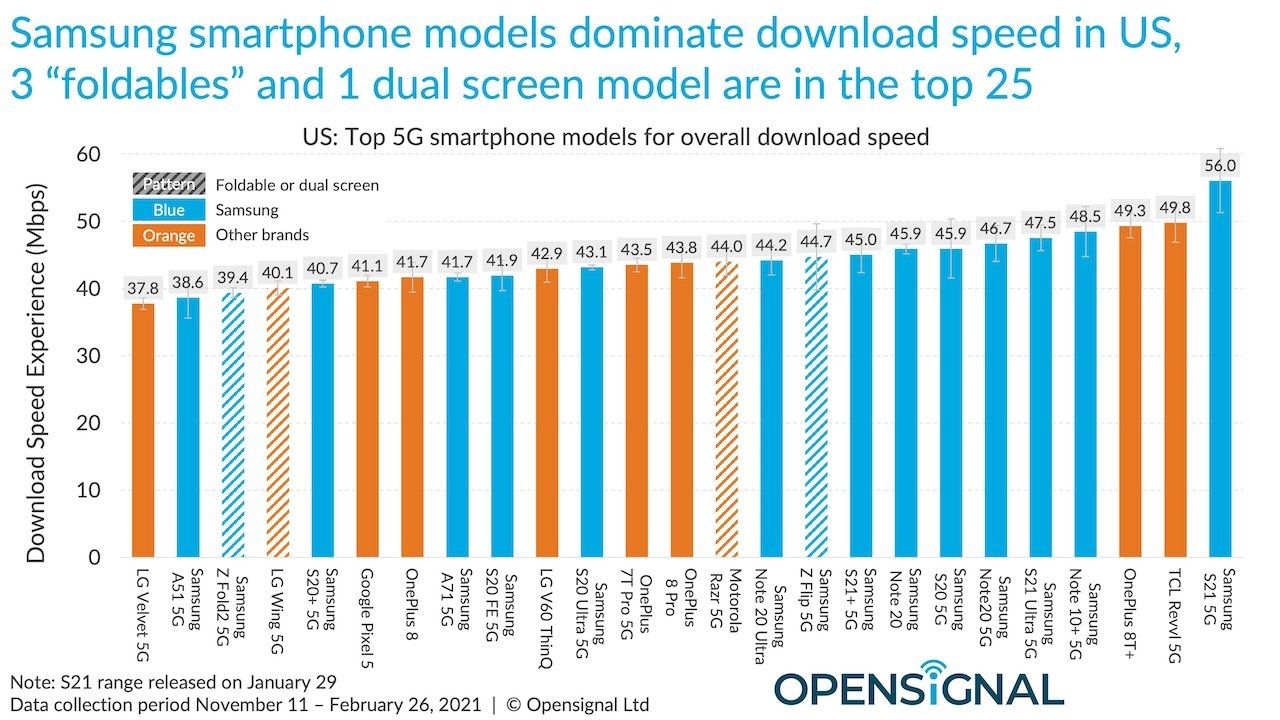 Samsung accounted for at least 60% of the top 25 fastest smartphones in the report, which ranked devices based on average 5G or 4G download speeds. Apple devices didn’t break the top 25, OpenSignal says. 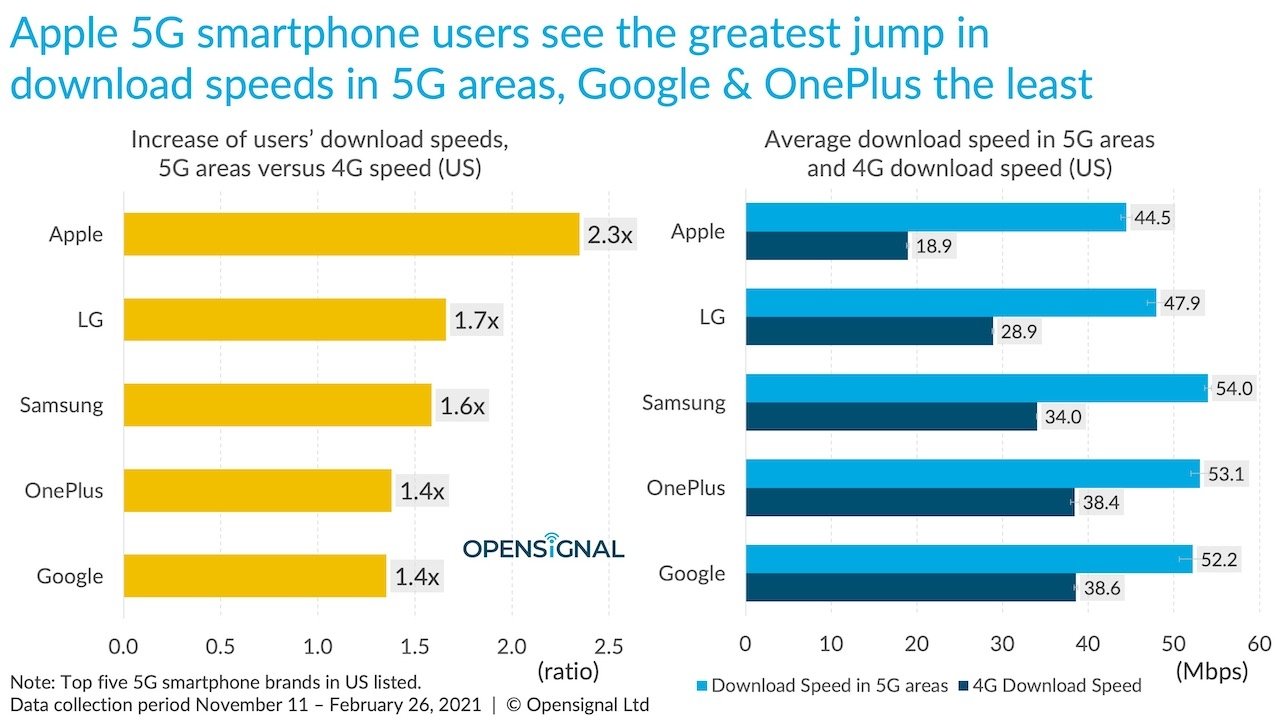 OpenSignal does add that Apple devices did see a bigger jump in speeds with the 5G upgrade, though it attributes that to the fact that previous devices were using slower Intel modems rather than Qualcomm units.

As for why Apple’s 2021 devices are lagging behind in terms of download speeds, OpenSignal’s Ian Fogg told 9to5Mac that it may have to do with RF design. The iPhone 12 is Apple’s first 5G device, while Samsung is currently on its third generation of 5G-equipped handsets.