Cherry, the new film that debuts on Apple TV+ March 12, looked at first like a coup for Apple’s film ambitions. It’s the first new movie by the directorial team of Joe and Anthony Russo since 2019’s Avengers: Endgame, which is the highest-grossing movie of all time.

The film, shot in the Russos’ hometown of Cleveland, is based on an intriguing-sounding novel and seems in every way like a personal project for the filmmakers. However, Cherry goes down as a major disappointment, one that’s considerably overlong and can’t find anything much new to say about any of its subject matter.

Cherryhas a grand statement to make about America today, including urban hopelessness, the broken promises to American soldiers, the opioid epidemic, toxic masculinity, and much more. And while it lacks superheroes or special effects, Cherry reunites the Russos with Tom Holland, who played Spider-man in multiple MCU projects.

Despite its March release, Cherry is technically a 2020 movie, and had a brief theatrical run in late February, ahead of the deadline for Oscar eligibility. But if Apple ends up winning its first Oscar later this spring, it won’t be for Cherry.

A taste of Cherry 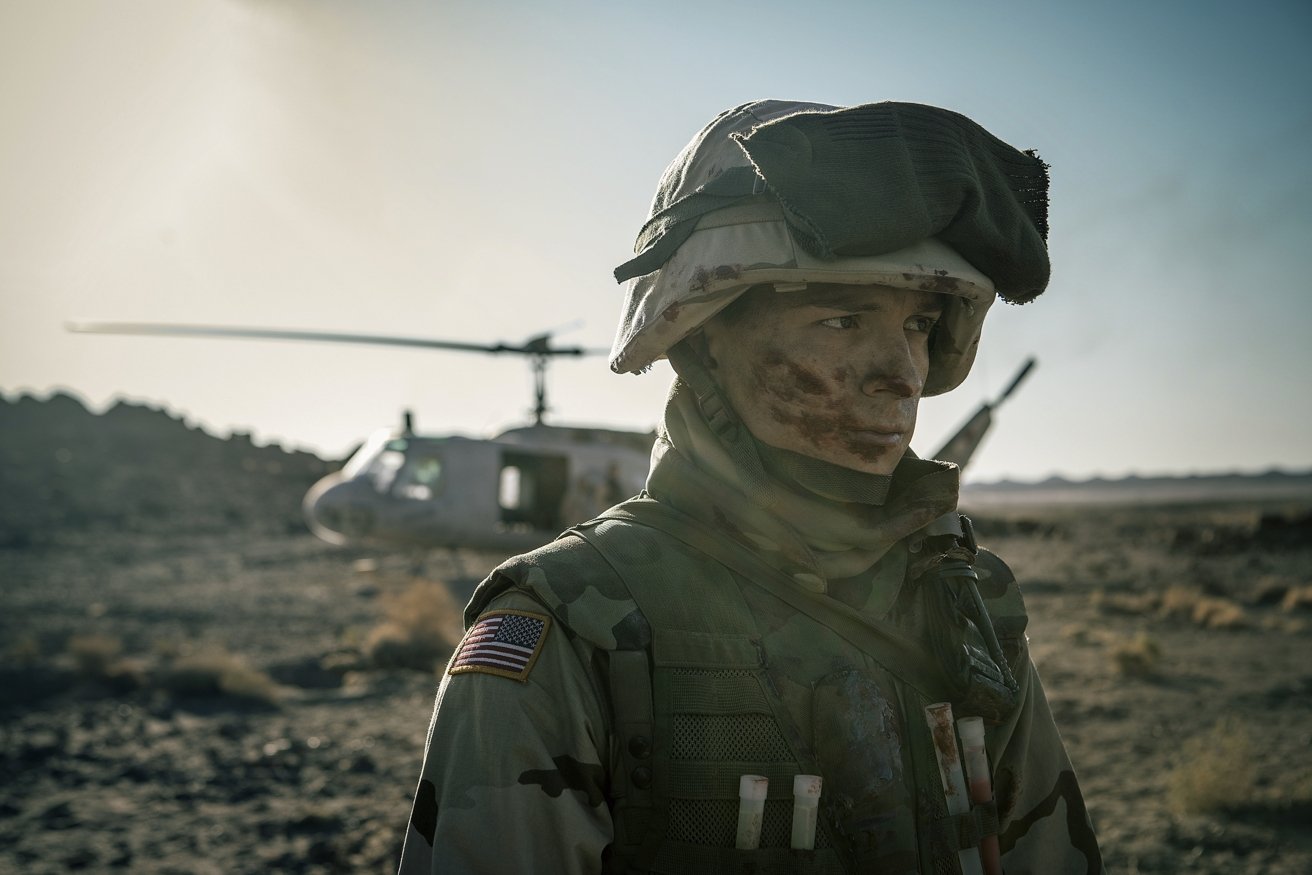 Directed by the Russos, and co-written by Angela Russo-Otstot — their sister — and Jessica Goldberg, Cherry is adapted from the semi-autobiographical novel of the same name by Nico Walker. Walker really was a drug addict who robbed banks, wrote the book while in federal prison, and saw it become a success before he was released in 2019.

That’s a much, much more fascinating story than anything that happens on screen in Cherry.

Cherry is the name of Holland’s protagonist, a struggling guy in a rust belt town who goes to college, meets a girl named Emily (Ciara Bravo), and falls in love with her. Then Cherry goes off to war in Iraq and returns with a case of PTSD. Soon he’s developed a severe heroin addiction that puts him in the crosshairs of some scary criminals, a problem he solves with a series of daring bank robberies.

Cherry feels at first like it’s going to be structured like The Deer Hunter. That 1970s film had three distinct movements — One in the town before the war, a second in Vietnam, and a third back home afterward. Cherry doesn’t do this though, instead making the war segment a brief interlude in the first act. It’s part of a wider problem in which Cherry is structured and paced extremely slowly. 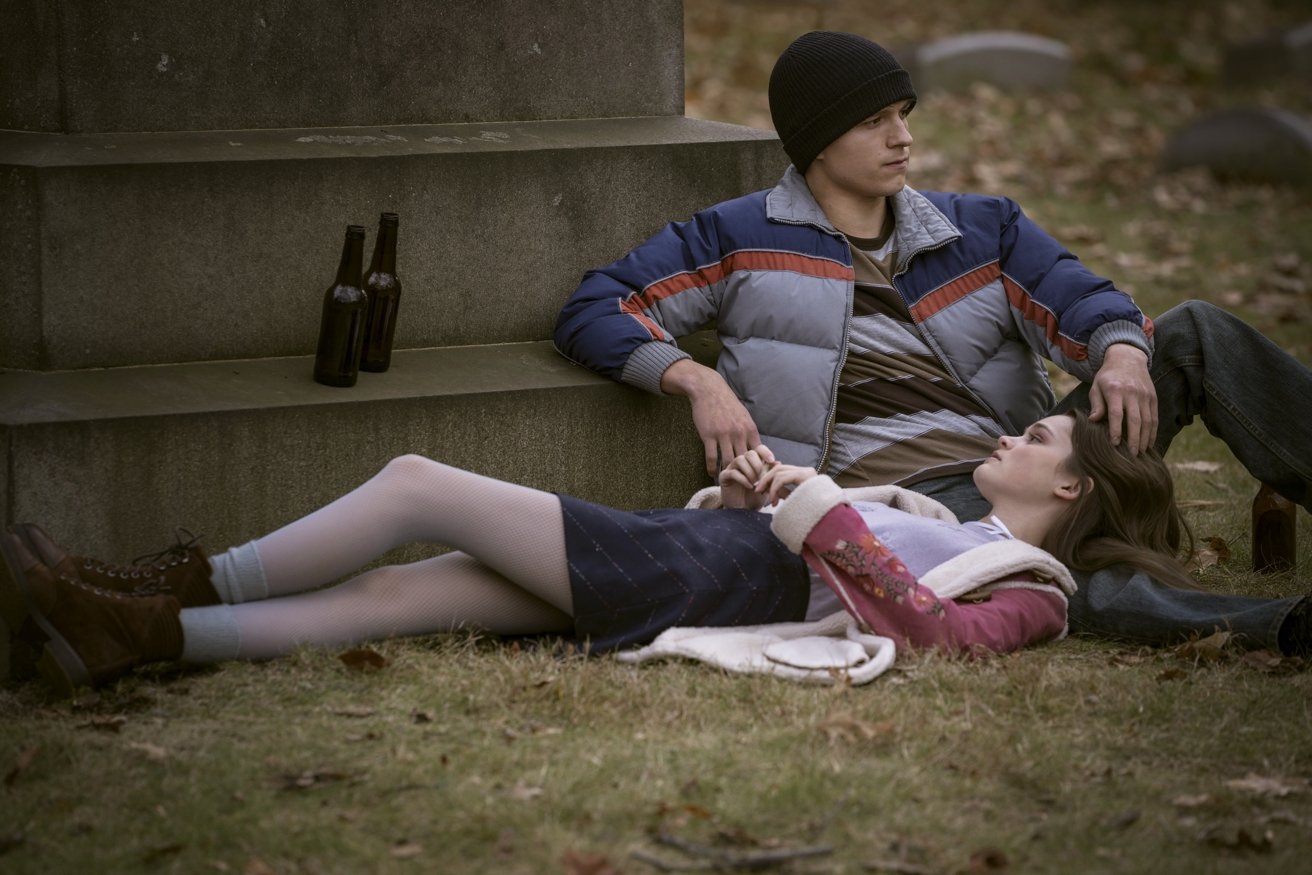 That it’s a bit overlong isn’t so surprising, coming from the directors of Avengers: Endgame. Sure, Cherry is nearly an hour shorter than Endgame, but at 141 minutes it’s much longer than it needs to be, in order to tell this particular story. At one point, the film felt like it had about 15 minutes to go, but I looked and it had 45 more minutes.

And while great movies can certainly handle tonal shifts, one of the biggest problems with Cherry is that it doesn’t present any of its parts in particularly original ways.

The entire second half of the movie follows the drug addiction story, including a segment that seems lifted straight from the third act of Goodfellas, complete with the drugs going down the toilet. However, neither the dope scenes nor the bank robberies are much different from the way the movies have typically depicted such things. And they’re depicted them quite a lot.

The bank robbery scenes, meanwhile, depict Cherry as an unusually skilled bank robber. He executes heist after heist, presumably always in the same city and sometimes even the same bank, and always gets away with it. That he’s able to do this, much less as an active junkie, is so unusual that it’s odd for the movie to just shrug past it.

Meanwhile, the banks have names like “Shitty Bank,” “Credit None,” “Bank Fucks America” and “Capitalist Bank,” giving the robbery scenes a surreal touch that’s completely at odds with every other aspect of the film’s tone. That’s the sort of thing that Spike Lee might be able to get away with, but not the Russos. 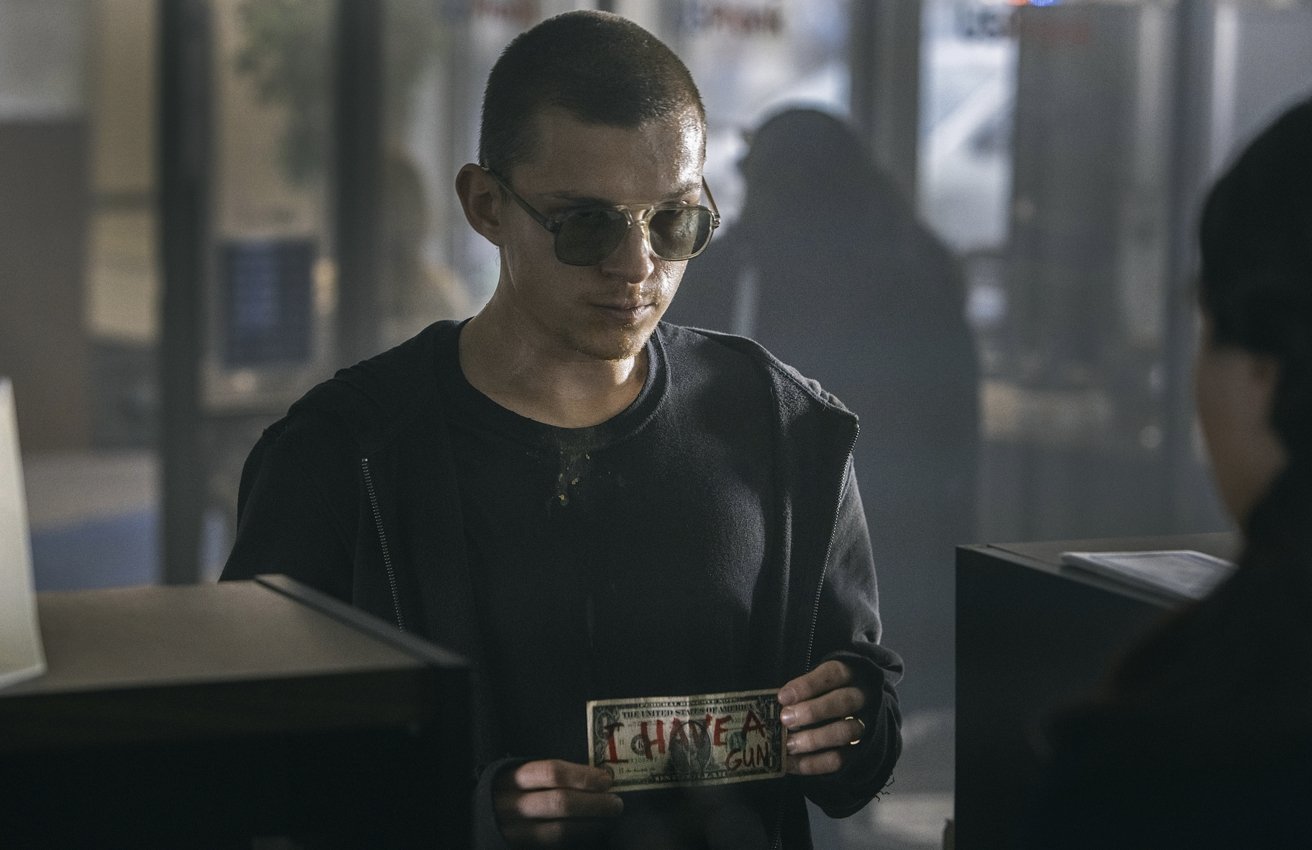 This is, needless to say, a big departure for Tom Holland from the role most audiences know him from. He handles himself capably, but the material does him no favors. He’s not so well-served by having to act out such sporadic gimmicks as the actor directly addressing the camera, something that the movie doesn’t stick to.

Ciara Bravo, as the female lead, shows some promise, especially in the drug use scenes. But it’s hard not to notice that she looks noticeably younger than the character is supposed to be. Bravo is 23 and looks much younger than that, and she even looks strikingly younger than the 24-year-old Holland, who is himself one of the most boyish-looking actors around.

A few other recognizable actors, including Michael Rispoli, Thomas Lennon, and Damon Wayans, Jr., show up briefly, none of them particularly distinguishing themselves.

A swing and a miss 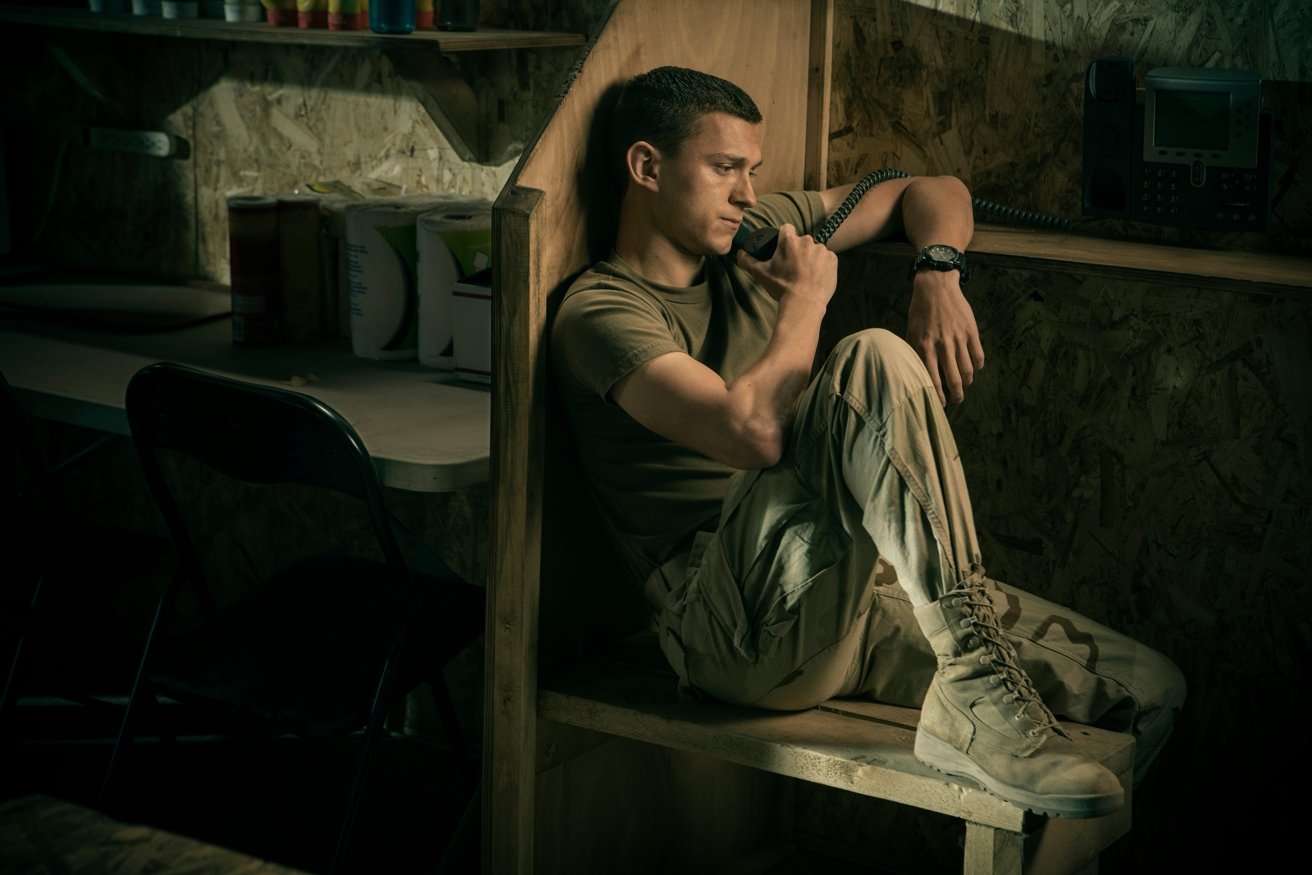 If there’s a through-line to the story of Cherry, it’s about the pressure on men like Cherry to “be a real man.” In every part of the film, almost every bad decision he makes is the direct result of someone calling him a “pussy” or otherwise challenging his manhood. It’s certainly a valid observation, but Cherry isn’t exactly subtle about it.

Cherry was rated R in its theatrical release, and with its graphic depictions of violence and drug use. This is yet another movie that goes against any fears some might have had about Apple shying away from mature content.

The idea of filmmakers like the Russos doing a more personal project, as their follow-up after making the biggest film of all time, is a promising one. After all, while the directors been associated with Marvel for the last several years, the Russos’ resume is quite eclectic, including episodes of popular comedy shows like Community, Happy Endings, and Arrested Development.

But they’ve really swung and missed with Cherry, which is a huge mess.