Alongside all of Apple’s work in Apple AR, and “Apple Glass,” regarding live experiences, the company wants users to be able to record, edit, and later view AR — together with automatically-generated extras.

“Computer-generated Reality Recorder,” is the first, and it concerns the myriad problems of capturing a 360-degree AR/VR experience. Not only is there a vast amount of data to record from one person wearing a headset, there is also the issue that multiple people can be involved.

Apple doesn’t resolve all of these within this patent application, but it does help because it’s really about recording very specific parts of an AR experience. It’s about determining which parts a user is interested in, and then capturing those.

The examples given are chiefly to do with sports, and so a user might for instance be particularly interested in following one player. Whatever other players do, and whatever the user chooses to watch at the time, the system could capture just what this one player does.

Then the recording could automatically have more information added into the scene.

This is similar to Apple’s prior research where “Apple Glass,” or other device, could display comparison information for shoppers. Hold two items up and Apple AR would show related information about them both.

It’s all about successfully mixing virtual objects or information, in with reality — and then recording it to play back later. “[Play back feature] a computer-generated reality environment including two-dimensional (2D) video for sharing and playback,” says Apple.

Being able to determine points of interest, and interpret reality to know where to display information, means being conscious of proximity, position, and distance. Once a system can effectively pick out any given object in the scene, it can then also alter that object.

The second newly-revealed patent application regarding recording AR is concerned with altering objects in a scene when they are in some way sensitive. “Providing restrictions in computer-generated reality recordings,” is similar to previous research where video could automatically blur out logos or other elements in live video conferences.

That was to do with objects in a 2D space, where this new patent application is for real or virtual 3D ones in AR or VR.

According to Apple, this proposal involves “analyzing a recording of content within a field of view of a device,” and recognizing “a set of objects included in the content.”

“The subject technology identifies a subset of the set of objects that are indicated as corresponding to protected content,” continues the patent application. There’s no discussion over what constitutes protected content, because that’s not a technical decision, it’s an editorial one. 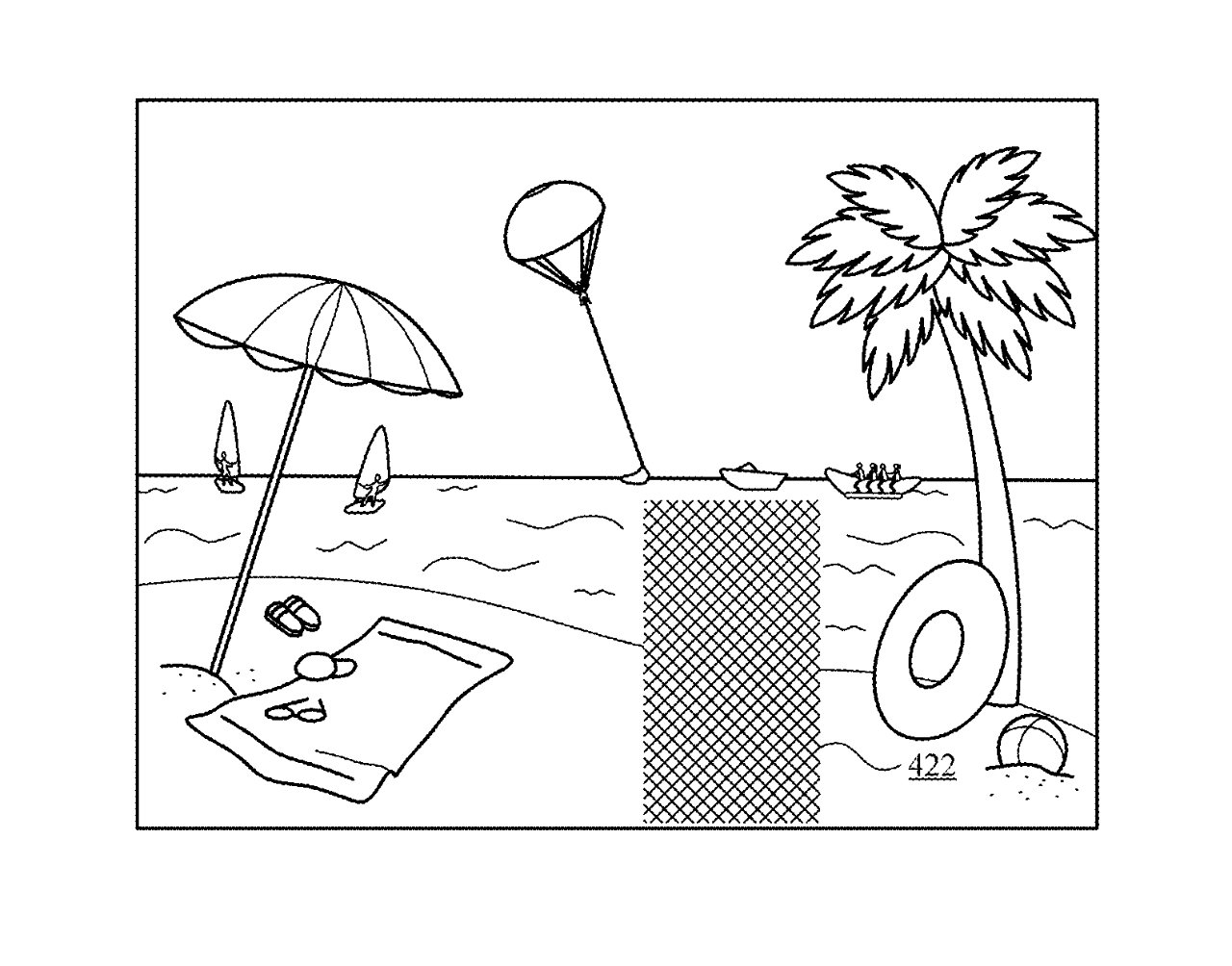 Identified objects can be redacted or blurred

Whoever decides that whatever is “protected content,” the system can identify the objects and do something about them. ” The subject technology generates a modified version of the recording that obfuscates or filters the subset of the set of objects,” says Apple.

In other words, it puts a blur over an object, or redacts it, presumably as preferred by the user.

This is again applied during a live AR experience, but the patent application also specifies that the “modified version of the recording” is sent to a “host application for playback” later.