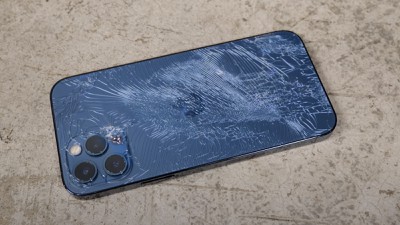 Apple Stores and Apple Authorized Service Providers have a new “iPhone Rear System” part available to them that consists of the rear enclosure of an iPhone with all components except the display and rear camera, including the battery, logic board, wireless charging coil, Taptic Engine, Face ID system, and so forth. This part is available for all four iPhone 12 models as of this week, according to an Apple memo obtained by MacRumors.

If a customer has an iPhone 12 Pro with cracked rear glass, for example, an Apple Store or Apple Authorized Service Provider is able to replace the entire rear portion of the device with the iPhone Rear System part, while retaining the customer’s original display and rear camera. For this reason, the iPhone’s display and rear camera must be free of damage or issues in order for the device to qualify for a same-unit repair.

iPhone 12 models may be eligible for a same-unit repair if they are unable to be powered on, or are experiencing issues with the logic board, Face ID system, or the enclosure of the device, such as cracked rear glass, according to Apple. The new repair method is said to be available in all countries and regions where iPhone 12 models are sold.

In its memo, Apple reiterated that this move supports the company’s ongoing commitment to reducing the carbon footprint of every product it sells.