Apple’s iPhone 12 Pro models are set to contribute significantly to a 50% year-on-year growth of smartphone shipments worldwide in the first quarter of this year, according analyses conducted by Digitimes Research. 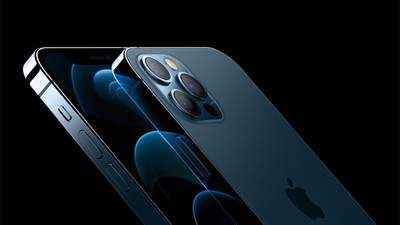 The pace of ‌iPhone 12 Pro‌ and
iPhone 12 Pro Max shipments is expected to align with a ramp up in shipments from Chinese brands eager to fill a vacuum in the global market left by Huawei, culminating in a projected 340 million unit shipments globally in Q1 2021.

Apple’s iPhone shipments are expected to total over 60 million units in first-quarter 2021, having seen such shipments reach over 90 million units a quarter earlier, Digitimes Research estimates. Apple is likely to be the top vendor for a six-month period that ends March 31, 2021, with total shipments of over 150 million units, up 38% from the same period of a year earlier.

Samsung Electronics will rank second and see its shipments decline slightly in the six months, or roughly 60-65 million units each for fourth-quarter 2020 and first-quarter 2021. Xiaomi will be in third place with its shipments totaling 90 million units in the six months, representing an increase of over 80% from a year earlier. Huawei will ship less than 20 million smartphones to be in sixth place in the first quarter of 2021.

Those projections appear to be generally reflected by Digitimes‘ analyses, which predict global shipments of 5G-enabled phones to reach over 600 million units in 2021 compared to 280 million units shipped a year earlier.

Huawei, Apple and Samsung were the top-three 5G phone vendors in 2020, accounting for over 70% of global 5G phone shipments, according to the Taiwanese industry publication.