European smart home company Somfy will make its Tahoma gateway hub HomeKit compatible from the beginning of next month, according to the iFun.de tech website. 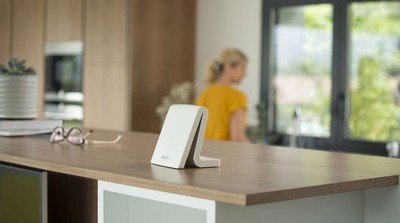 The gateway is used to control the France-based company’s shutters and blinds, including external blinds, vertical awnings, patio awnings and pergolas, so if the company sticks to its scheduled rollout, owners of these Somfy products will be able to control them via Apple’s Home app from December 1.

According to the German tech website, Somfy is delivering the promised ‌HomeKit‌ support around a year late. Compatibility was reportedly planned for a 2019 rollout, but the update had to be postponed several times. Somfy security cameras, on the other hand, have been ‌HomeKit‌ compatible for some time.

As noted by HomeKitNews, the Tahoma gateway is also capable of controlling other areas of the home, including smart lights, gates and garage doors, which is why it’s already compatible with Google Home, Amazon Alexa, and IFTTT, in addition to integrations with Sonos, Philips Hue, and Velux.