Universal Electronics has announced its own take on Apple’s divisive Apple TV Remote that’s “specifically developers and designed” for cable, satellite, and MVPD (multichannel video program distributor) customers, according to the company (via The Verge). 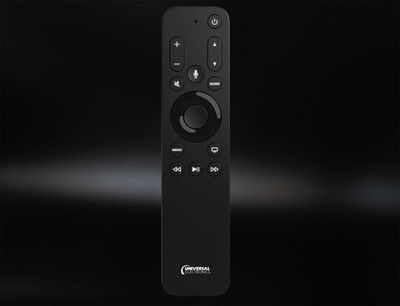 In addition to featuring Apple’s MFi authentication chip for secure connectivity with ‌Apple TV‌, the remote also packs an accelerometer and ambient light sensor to automatically backlight the keys in low light environments when the remote is picked up or moved.

Third-party alternatives to Apple’s deeply unpopular ‌Apple TV‌ Remote aren’t new. Last year we saw Swiss telco Salt launch an alternative remote control for the ‌Apple TV‌ 4K set-top boxes that it includes in its domestic broadband TV bundle. Then, in July, Function101 launched a $30 variant for U.S. the consumer market (there’s no ‌Siri‌ button included on that one though).

UEI’s remote won’t be available for consumers to buy when it launches early next year. Instead, it’s being offered directly to cable companies that include an ‌Apple TV‌ 4K as part of a streaming video package.