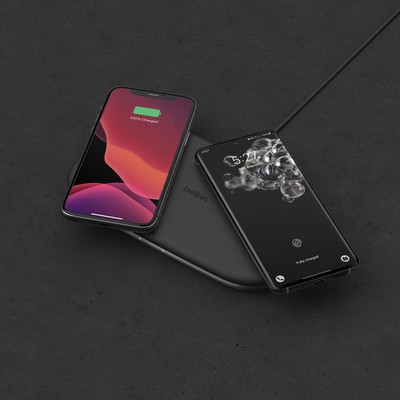 The Boost Charge TrueFreedom Pro Wireless Charger is the latest addition to Belkin’s portfolio of Qi-certified wireless charging solutions. The TrueFreedom Pro offers full-surface charging, allowing users to place up to two Qi-enabled devices anywhere on the charging pad to receive 10W of power for each device simultaneously.

The charger contains 16 individual charging coils to intelligently provide consistent power to devices anywhere on the pad. This means that users need not align the devices exactly, as with many other wireless chargers, to begin charging. It also has two LED lights to indicate charging status, silver chrome accents, and a leather-like finish. 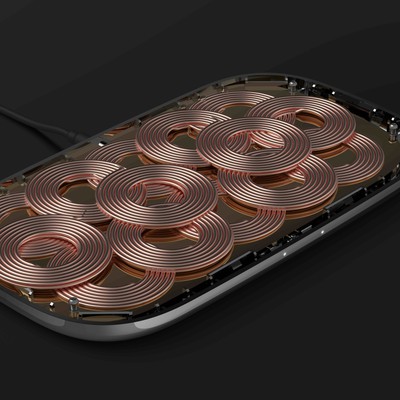 Belkin also unveiled the Boost Charge UV Sanitizer and Wireless Charger, which it claims reduces up to 99.99% of bacteria with two internal UV-C LED lights. Phones and other small, nonporous items can be safely sanitized by placing them inside the compact device. Belkin has also added a 10W wireless charger on the top of the UV sanitizer to power devices. 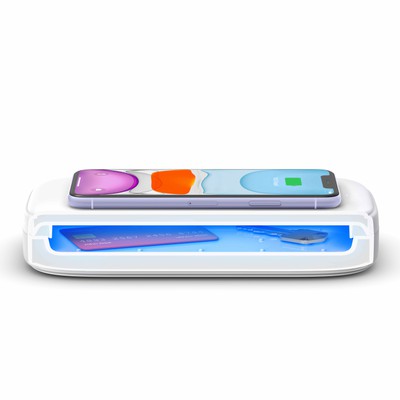 The TrueFreedom Pro appears to be Belkin’s answer to other full-surface wireless chargers such as the Nomad Base Station, while the Boost Charge UV Sanitizer seems to be positioned as a rival to the PhoneSoap sanitizer.