Following the release of macOS Big Sur on Thursday, Mac users began to experience issues with opening apps while connected to the internet. Apple’s system status page attributed the situation to issues with its Developer ID notary service, with developer Jeff Johnson specifying that there were connection issues with Apple’s OCSP server. 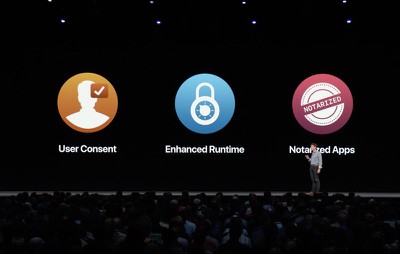 Shortly after, security researcher Jeffrey Paul shared a blog post titled ”
Your Computer Isn’t Yours,” in which he raised privacy and security concerns related to Macs “phoning home” to Apple’s OCSP server. In short, Paul said that the OCSP traffic that macOS generates is not encrypted and could potentially be seen by ISPs or even the U.S. military.

Apple has since responded to the matter by updating its “Safely open apps on your Mac” support document with new information, as noted by iPhoneinCanada. Here’s the new “Privacy protections” section of the support document in full:

macOS has been designed to keep users and their data safe while respecting their privacy.

Notarization checks if the app contains known malware using an encrypted connection that is resilient to server failures.

These security checks have never included the user’s Apple ID or the identity of their device. To further protect privacy, we have stopped logging IP addresses associated with Developer ID certificate checks, and we will ensure that any collected IP addresses are removed from logs.

Apple clarifies that user-specific data is not harvested during the security check and that they plan in removing all IP information from the logs. In addition, they plan on introducing several changes to the system over the next year, including:

Some users have advocated blocking the traffic to Apple’s authentication servers, but it appears that Apple will provide this option to end users in the future as well.