Apple’s embargo has lifted on reviews for the HomePod mini ahead of the speaker launching on Monday. We’ll be publishing an in-depth review roundup shortly, but in the meantime, we’ve gathered a collection of unboxing videos and sound quality tests below. 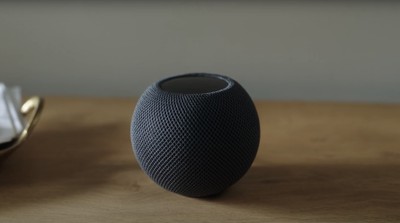 As its name implies, the HomePod mini is a smaller version of the standard HomePod, standing just 3.3 inches tall. However, despite its more compact, spherical design, Apple says the HomePod mini still delivers “amazing sound” using “computational audio.” The speaker is equipped with the same S5 chip as the Apple Watch Series 5, allowing the speaker to optimize loudness, adjust the dynamic range, and more.

Like the standard HomePod, the HomePod mini offers HomeKit smart home capabilities, handing off of audio from an iPhone, multi-user detection, ambient sounds, and compatibility with Apple’s new Intercom feature for sending voice messages — from one HomePod to another, or to an iPhone, iPad, Apple Watch, AirPods, or vehicle with CarPlay.

HomePod mini is priced at $99 in the United States. Pre-orders began Friday, November 6, with the first deliveries to customers and in-store availability set to begin Monday, November 16. In addition to the United States, launch day countries include Australia, Canada, France, Germany, Hong Kong, India, Japan, Spain, and the UK.