Just a few days after Apple’s first Macs with its custom-designed M1 chip became available to order, the first orders are now beginning to ship to customers, with deliveries set to begin arriving to customers on Tuesday, November 17. 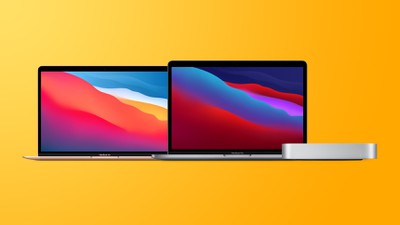 While most pre-orders are still in the “processing” or “preparing to ship” stage on Apple’s website, UPS is beginning to show some MacBook Air orders as “in transit” from China as of today. The new 13-inch MacBook Pro and Mac mini should follow suit soon, as all three Macs with the M1 chip are slated to launch on the same day.

Apple says the M1 chip delivers up to 3.5x faster system performance, up to 6x faster graphics performance, and up to 15x faster machine learning, while enabling battery life up to 2x longer than previous-generation Macs. The chip features an 8-core CPU, up to an 8-core GPU, a 16-core Neural Engine, unified memory architecture, I/O, and more all in one.