The latest versions of the 13-inch MacBook Pro and MacBook Air are more similar than ever before, with small yet crucial differences between the two that will change which is the right one for you.

When Apple introduced the new MacBook Air and 13-inch MacBook Pro with Apple Silicon M1, they belabored every detail of exactly how these machines differed — from their previous versions. They didn’t compare the two new models at all.

This neglecting to compare two or more incredibly similar devices is becoming a habit with Apple, too. It’s how the fact that Apple put 5G, the same processor, and the same screen technology into the entire iPhone 12 range is great, but makes choosing confusing.

It’s also how it took a time to grasp what the practical choices were between the early 2020 MacBook Air and mid-2020 13-inch MacBook Pro. In that case, though, it became clear that there were really three machines — the MacBook Air, plus a low-end MacBook Pro, and a high-end one.

That low-end MacBook Pro didn’t offer a great deal more than the MacBook Air. So your choice was really the much clearer one between that MacBook Air and the higher-end MacBook Pro. As well as an obvious cost difference, there were benefits to both machines.

And the majority of details between the two machines are the same. Both new Apple Silicon M1-based laptops have the same 13.3-inch screen, for instance, although the MacBook Pro one is brighter at 500 nits compared to 400 nits for the MacBook Air.

That brightness difference is not one you’re likely to easily see unless you have the two machines side by side. However, it could make a difference in bright sunlight.

Both machines then have Touch ID, though the 13-inch MacBook Pro with Apple Silicon M1 also includes the Touch Bar. The new MacBook Air gets a quoted 18 hours of battery life, while the new MacBook Pro gets 20 hours.

It’s when more than one of the small differences matter to you. And it’s when you start looking at the costs of those differences that you can really see what is best value for you.

For instance, to get the same 8-core GPU version of Apple Silicon M1 in the MacBook Air that you do in the MacBook Pro, it will add $250 to your budget. With most of the specifications, you can pick the $999 model and use Build To Order to bump up the parts you want, but not in this case.

Instead, specifically to get the 8-core version, you have to remember to choose the model that starts at $1,249. That model does have 512GB as well as the GPU, though.

You can increase the storage on either configuration, but the only other thing you can elect to change is the RAM. On both configurations of the MacBook Air, you can take the 8GB RAM up to the machine’s maximum of 16GB RAM for $200.

We cannot know until full testing has been done whether the 7-core GPU version of the M1 processor makes a significant difference. We can assume, though, that any difference it does make will mean that the 8-core version is better.

That difference in cores, plus the different amounts of storage that come with the two configurations of the new MacBook Air muddy your choices hugely. But if you look at, say, an 8-core GPU with 8GB RAM and 512GB storage, then you can make a more useful comparison with the new MacBook Pro. 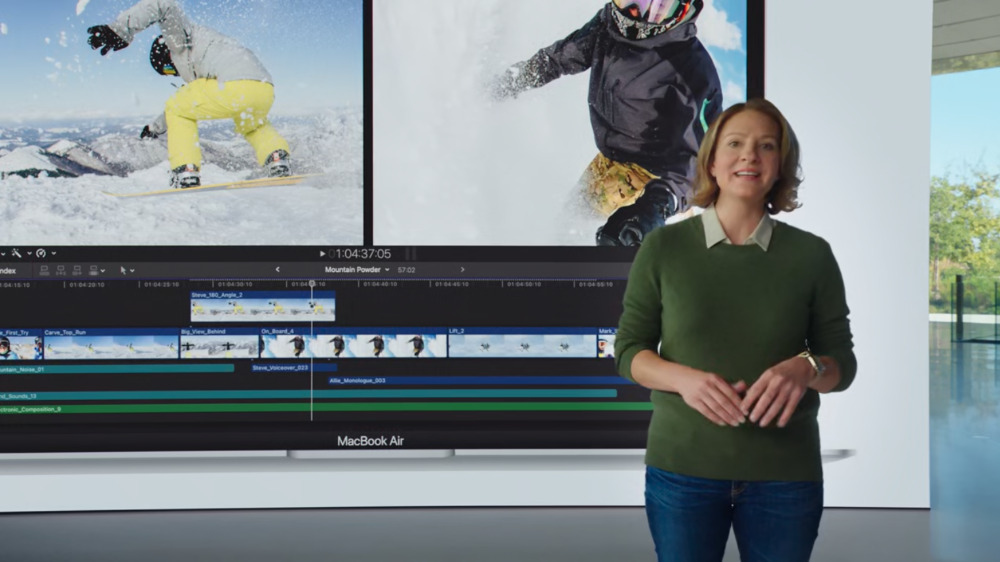 The case of the MacBook Air

There are different combinations of RAM and storage that you can consider, but all of the options leave you facing a difference from $250 to $300 between the MacBook Air and the new 13-inch MacBook Pro.

It’s a significant difference and could easily mean that your choice to go for the lower-cost model is made for you simply through budget constraints. For once, though, that may not realistically mean sacrificing anything by not choosing the 13-inch MacBook Pro.

On paper, the technical specifications remain close enough that the MacBook Air seems exceptional. There is one last difference, though, which if we cannot know it for sure until real-world testing, we have good reason to suspect it.

Previously, two things really held back the Intel MacBook Air and stopped it being a good choice for everyone. One was that it lacked a separate GPU, but to get one of those you had to buy the Intel 16-inch MacBook Pro.

Now the new MacBook Air and the new 13-inch MacBook Pro have a greatly-improved GPU, so it’s likely that this issue is at least reduced.

The other was heat and how the thinner wedge-shape of the MacBook Air imposed certain limitations. The machine simply could not sustain a heavy workload, like rendering video, for long. It would quickly begin to heat up, and then it would throttle down the speed to keep it working.

In comparison, the Intel 13-inch MacBook Pro was better. And if it would still always be beaten by the better separate GPU in the 16-inch model, it was arguably the sweet spot between power and portability.

This has to be the same with the new Apple Silicon M1-based versions of these machines because both the MacBook Air and the 13-inch MacBook Pro retain their old case designs. What we can’t know yet is whether this remains a significant difference.

We can bet that it does, but Apple did go to some lengths to stress how much the M1 has increased performance while lowering power consumption. In the launch, Apple said the MacBook Air was better than it had been for video editing.

“For the first time, you can edit multiple streams of full-quality 4K ProRes video, without dropping a frame,” said Laura Metz, a Mac product line manager.

Better is not the same as best, though, and while Apple stayed away from any comparison between its new laptops, it did suggest that the MacBook Pro retains significantly greater video performance.

“In fact, the new 13-inch MacBook Pro can do things that no other three-pound pro notebook can do,” said Shruti Haldea, another Mac product line manager. “Like play back 8K ProRes footage in full quality in DaVinci Resolve, without dropping a single frame.” 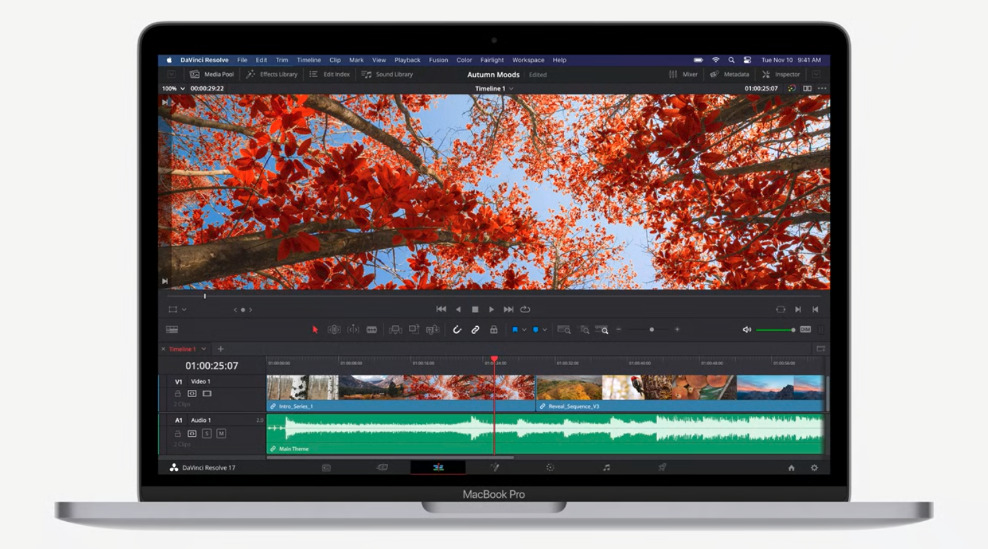 Curiously, even after all that the Apple Silicon M1 processor has brought to the Mac in power and performance, we still have to work through the same questions we did with the Intel versions of these new machines.

If you just need a portable Mac, buy the new MacBook Air with Apple Silicon M1, and be very pleased. This is gigantically better than the previous model — and it’s not as if the older Intel MacBook Air were a poor choice.

What’s different now is that you get a far more powerful machine for the price. And what that means for the future is that you’re likely to keep the MacBook Air for longer — especially if you spring for the maximum 16GB edition.

When you need more, such as if you regularly do a lot of video editing, the new 13-inch MacBook Pro is going to remain the better choice. That is a closer call than ever before, but it’s still a good call.