Another unique Apple logo hashflag has been prepared for next week’s “One More Thing” Apple event. 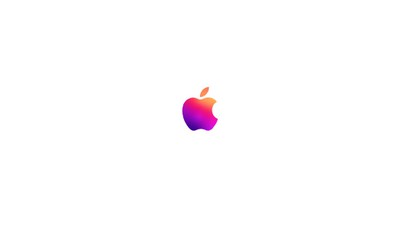 The custom Twitter hashtag includes an Apple logo in the same orange, red, purple, and blue hues as Apple’s event invites. The hashflag is set to go live at 12:00 EST.

Twitter allows brands to add custom emojis next to hashtags as a marketing strategy. According to Agency Creative, these “hashflags” can cost upwards of one million dollars, and they are commonly used for large events like the Super Bowl or holidays.

Apple has used custom hashflags for its two previous Apple events in September and October. Ahead of the “Time Flies” event in October, Apple customized the #AppleEvent Twitter hashtag before announcing the event, thereby revealing that the release of invitations was imminent. Since the “Hi, Speed” October iPhone event, Apple seems to have been conscious to not add the hashtag logo until after invites have been sent out.

Tuesday’s Apple event is set to take place on Tuesday, November 10, and is likely to see the announcement of the first Macs with Apple Silicon chips.