Demand for iPhone 12 Pro has been so strong among consumers that Apple’s delivery lead time from manufacturers has had to be extended, according to Taiwanese industry publication DigiTimes. 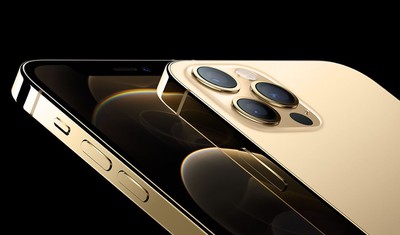 As a result of increased demand for ‌iPhone 12 Pro‌, particularly in the U.S., Apple is reportedly set to increase its orders of VCSEL chips for the LiDAR scanners that feature in the model.

Apple is placing more orders for VCSEL chips as delivery lead-time for pre-orders of the ‌iPhone 12 Pro‌ has now extended to 2-3 weeks compared 2-3 days for the iPhone 12, said the sources.

The popularity for the Pro model appears to have caught Apple by surprise, as the company had reportedly prepared more stocks for the more affordable ‌iPhone 12‌ on the assumption that demand would be higher for the entry-level 6.1-inch model.

Based on the sales of ‌iPhone 12 Pro‌, some supply chain manufacturers are now said to be confident that demand momentum for VCSEL chips as well as Face ID 3D sensors will continue for a while after Apple starts shipping the 6.7-inch ‌iPhone 12 Pro‌ Max on Friday, November 13.

Taiwan-based GaAs foundry Win Semiconductor, which is reportedly engaged in production of VCSEL chips for the ‌iPhone 12 Pro‌, now says its business prospects for the fourth-quarter 2020 will be brighter than those seen in the previous quarter, thanks to the strong demand.