Apple is “stepping up efforts” to develop its own search technology as U.S. antitrust authorities target a lucrative deal between Apple and Google that keeps Google’s search engine the default option on Apple devices, according to a new paywalled Financial Times report. 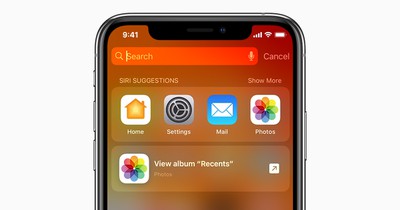 In
iOS 14, Apple shows its own web search results and links directly to websites when users type queries from the home screen. The changes were noticed
back in August, but the report claims they add to “growing evidence” that Apple is working to build a rival to Google search.

In a little-noticed change to the latest version of the iPhone operating system, ‌iOS 14‌, Apple has begun to show its own search results and link directly to websites when users type queries from its home screen.

That web search capability marks an important advance in Apple’s in-house development and could form the foundation of a fuller attack on Google, according to several people in the industry.

The Silicon Valley company is notoriously secretive about its internal projects, but the move adds to growing evidence that it is working to build a rival to Google’s search engine.

The report also points to increased activity from Applebot, Apple’s web crawler, which has previously led to conjecture about how Apple could be planning to launch a full-fledged search engine, although Applebot chiefly operates to improve ‌Siri‌ and Spotlight search results.

Overall, the report adds little to what we already know, and is more reliant on industry speculation in light of the Justice Department’s antitrust lawsuit filed against Google last week that claims the company used anticompetitive and exclusionary practices in the search and advertising markets to maintain an unlawful monopoly.

Apple receives an estimated eight to 12 billion dollars per year in exchange for making Google the default search engine on its devices and services. Prosecutors claim that the deal is representative of illegal tactics used to protect Google’s monopoly and stifle competition. Meanwhile, Apple is under fire for facilitating anticompetitive behavior by acquiescing to the deal and extracting more money with regular renegotiations.

The legal intervention poses a threat to a significant chunk of Apple’s revenue, but it is a bigger danger for Google, which would seemingly have no way to replace the traffic it would lose. The New York Times has previously speculated that a breakup could push Apple to acquire or build its own rival search engine, but as yet there’s been no hard evidence of such a move.