Starting early next year, iOS 14 will require apps to get opt-in permission from users to collect their random advertising identifier, which advertisers use to deliver personalized ads and track how effective their campaigns were. 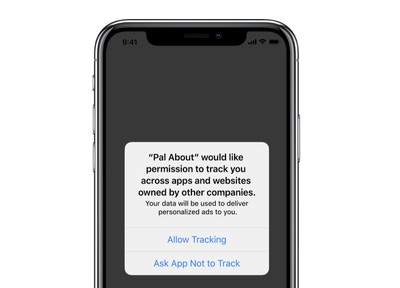 Ahead of this change,
The Wall Street Journal reports that advertising companies and publishers have filed a complaint against Apple with France’s competition authority, arguing that the enhanced privacy measures would be anticompetitive.

According to the report, the complaint alleges that the wording of Apple’s permission prompt will lead most users to decline tracking of their device’s advertising identifier, which could result in lost revenue. In August, Facebook warned advertisers that the prompt could lead to a more than 50 percent drop in Audience Network publisher revenue.

In a statement, Apple reiterated its belief that “privacy is a fundamental right,” adding that “a user’s data belongs to them and they should get to decide whether to share their data and with whom.” Apple said that its own data collection doesn’t count as tracking because it doesn’t share the data with other companies.

Apple already delayed the introduction of the prompt until early 2021 to provide developers with more time to make the necessary changes. In a statement in September, Apple said the prompt will be displayed on an app-by-app basis:

We believe technology should protect users’ fundamental right to privacy, and that means giving users tools to understand which apps and websites may be sharing their data with other companies for advertising or advertising measurement purposes, as well as the tools to revoke permission for this tracking. When enabled, a system prompt will give users the ability to allow or reject that tracking on an app-by-app basis. We want to give developers the time they need to make the necessary changes, and as a result, the requirement to use this tracking permission will go into effect early next year.

In the meantime, users who do not want apps to be able to access their device’s advertising identifier can go to Settings > Privacy > Tracking and toggle off Allow Apps to Request to Track.