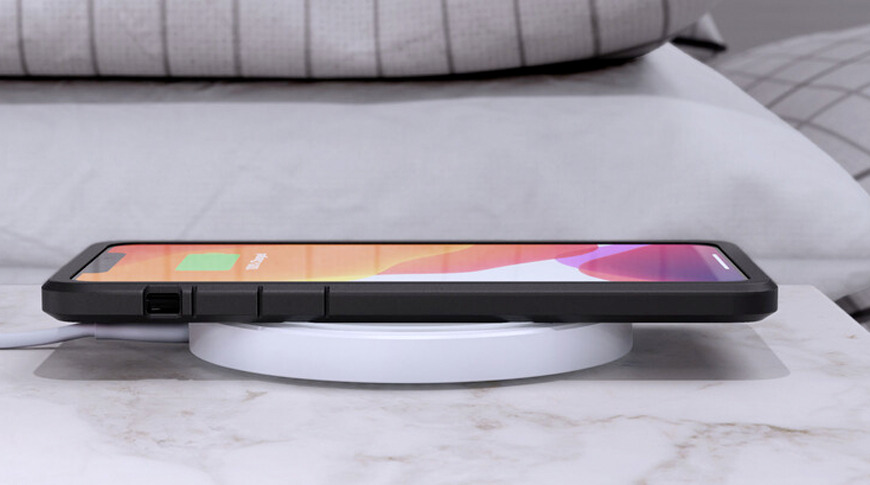 If you’re less worried about storage and more about charging speed, the SanDisk Ixpand Wireless Charger 15W may be the charger for you. While that’s a maximum charge for a Qi-compatible phone and your iPhone won’t utilize that rate, this model is also compatible with wireless-charging capable AirPods and AirPods Pro.