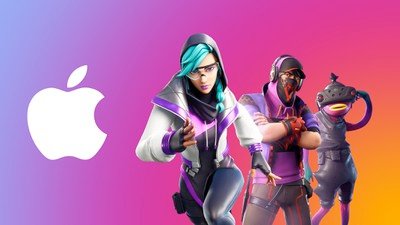 A California judge today denied Epic Games‘ request for a preliminary injunction that would have required Apple to allow Fortnite back into the App Store, which means the app will continue to remain unavailable on Apple’s iOS platform for the duration of the legal battle between the two companies.

While the Fortnite app for iOS devices will not be reinstated into the ‌App Store‌, Epic did successfully win an order that will require Apple to continue to allow Epic to operate its Unreal Engine developer account.

The decisions made today by the court are not a surprise and echo the ruling made during a request for a temporary restraining order, where the judge made the same determinations and allowed Apple to ban the Fortnite app but prevented the Cupertino company from blocking the Unreal Engine.

The court says that in regard to Fortnite, preliminary injunctive relief is “rarely granted,” with the ruling pointing out that an order for injunctive relief would require Epic to establish that it is likely to succeed in the legal battle, it is likely to suffer irreparable harm without relief, the balance of equities tips in its favor, and that an injunction is in the public interest, none of which ‌Epic Games‌ was able to do.

‌Epic Games‌ has claimed that it should be given injunctive relief because it should not have to comply with an anti-competitive ‌App Store‌ contract, but the court has rejected this argument multiple times because ‌Epic Games‌ deliberately breached its contract with Apple and caused Fortnite to be banned.

‌Epic Games‌ cannot simply exclaim “monopoly” to rewrite agreements giving itself unilateral benefit. Its other identified bases: damage to its reputation and the Fortnite gaming community cannot constitute irreparable harm where such harm flows from ‌Epic Games‌’ own actions and its strategic decision to breach its agreements with Apple. While consumers are feeling the impact of this litigation, the fact remains: these are business disputes.

To assist, the Court even offered to require the 30% to be placed in escrow pending resolution of the trial which ‌Epic Games‌ flatly rejected. The refusal to do so suggests ‌Epic Games‌ is not principally concerned with iOS consumers, but rather, harbors other tactical moves. ‌Epic Games‌ admits that the technology exists to “fix” the problem by easily deactivating the “hotfix.”

Apple and ‌Epic Games‌ are not expected to be back in court to continue the legal dispute until May of 2021, so Fortnite fans will be without access to the game on Apple’s devices for some time. Apple in August terminated the Fortnite developer account.

ORDER GRANTING IN PART AND … by MacRumors