One of the tvOS 14 features that’s meant to be included in the update is support for 4K videos for the first time, but as many MacRumors readers have noticed, 4K video content is not available after updating to the ‌tvOS 14‌ update released earlier this week. 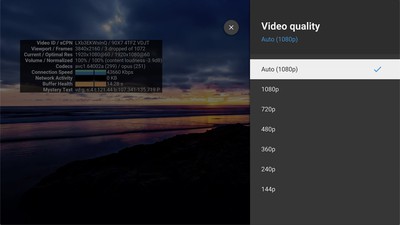 Selecting a 4K video on a 4K
Apple TV upgraded to ‌tvOS 14‌ limits the video playback to 1080p, which is the same playback quality that was available before.

Apple’s ‌Apple TV‌ 4K website continues to say that 4K support for YouTube videos is a feature that’s supposed to be included in ‌tvOS 14‌, but it is missing in the release version of the software. 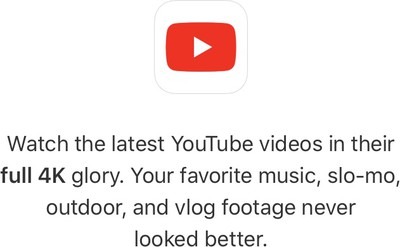 It’s not clear what’s going on, but there have been many upset ‌Apple TV‌ owners complaining on Twitter. Some users have said that 4K playback was working as expected with YouTube during some of the betas, but functionality was erratic, so perhaps there are bugs that need to be worked out.

It may be that YouTube needs to push an app update for the feature to work, and YouTube’s Twitter support team seems confused. Just yesterday, a TeamYouTube account said that 4K resolution YouTube can’t be delivered to the ‌Apple TV‌ 4K because it does not support VP9, so it seems YouTube’s own staff is confused by the feature.

Appreciate the details – we can’t deliver 4K resolution bc ‌Apple TV‌ 4K model (5th generation) does not support VP9 at this time. But we appreciate your suggestion and we’re actively making improvements based on user input. More details in this article: https://t.co/fOEOLtX5X0
— TeamYouTube (@TeamYouTube) September 16, 2020

We’ve asked Apple for insight into when the 4K functionality might be available, and will report back if we hear anything.