Apple’s official public release of iOS 14 and iPadOS 14 is finally set to drop on Wednesday, September 16, just a day after the company released the Golden Master to third-party developers. Also set to be made available to the general public for the first time are watchOS 7 and tvOS 14. 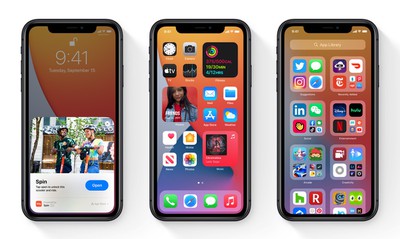 While that’s left a lot of developers scrambling to test and submit their apps to Apple for review – a process that can sometimes take days if not weeks – that doesn’t change the fact that plenty of Apple device users will be eager to download and install the new software as soon as it comes out.

There are tons of native features in ‌‌iOS 14‌‌ and ‌‌iPadOS 14‌‌, all the details of which you can find in our iOS 14 roundup and iPadOS 14 roundup.

Although there’s no exact time for the release, major Apple OS updates usually arrive at around 10.00 a.m. Pacific Time, so if you want the latest features on your iPhone, Apple Watch, iPad, or Apple TV, then make sure you have your device on and connected to Wi-Fi.

Here’s a breakdown of when Apple’s new operating systems are expected to become available based on other times zones in the United States and around the world:

‌iOS 14‌ is compatible with the same iPhones as iOS 13, including older devices like the original iPhone SE and ‌iPhone‌ 6s. ‌iOS 14‌ compatible devices are listed below.

‌iPadOS 14‌ is compatible with all of the same devices that were able to run iPadOS 13, which include:

‌tvOS 14‌ is designed to run on the fourth- and fifth-generation ‌Apple TV‌ models. It is not compatible with earlier versions of the ‌Apple TV‌, as those models do not support tvOS.