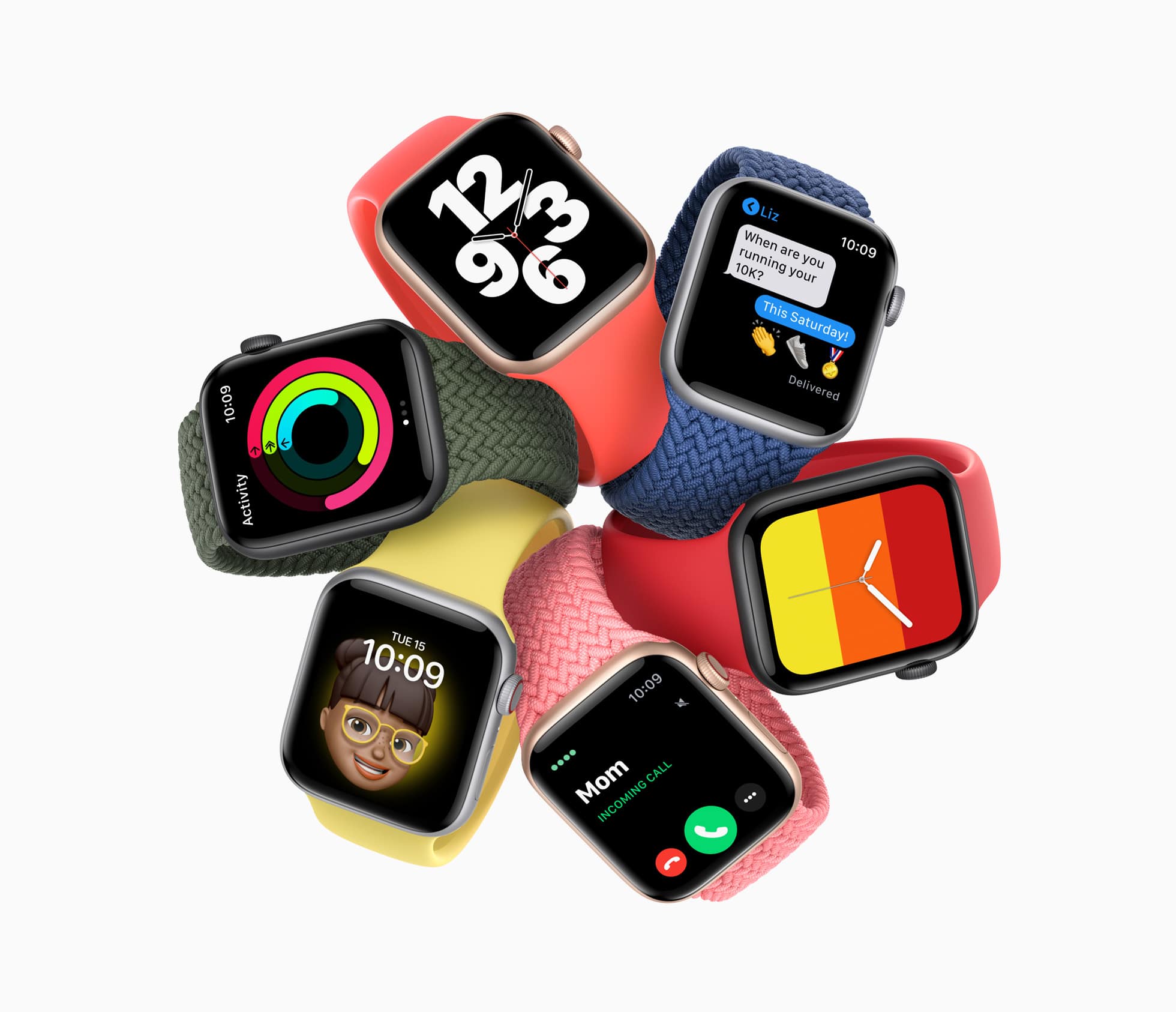 At its online-only ‘Time Flies’ event, Apple officially unveiled its next generation of wearables – Apple Watch Series 6 and Apple Watch SE. The idea behind Apple Watch SE is similar to what the Cupertino company has achieved with the iPhone SE in the regular iPhone lineup — deliver a close to flagship experience at an affordable price tag. Apple Watch SE bridges a much-needed gap in a rather pricy Apple Watch lineup. It gives the company a fighting chance against low-cost Android Wear and Fitbit wearables. Let’s take a close look at all the best Apple Watch SE features.

Unlike iPhone SE, Apple hasn’t compromised with Apple Watch SE size. Meaning, it will come with two dial size options – 40mm and 44mm. The company is targeting Apple Watch 3 users with the new offering priced at $279 for the GPS model and $329 for GPS + Cellular one.

Understandably, Apple Watch SE misses out on premium features such as Always-On-Display, steel/titanium options, 5GHz WiFi, Blood Oxygen measurement, and ECG when compared to Apple Watch Series 6. However, there are still many useful elements to look forward to. Let’s explore the most important Apple Watch SE features.

Compared to Apple Watch Series 3, the SE packs a bigger Retina display with thin borders and curved corners that is 30 percent larger as well. It’s useful in day-to-day life as can easily glance at complications, notifications, text messages, workout metrics, and more.

Apple Watch SE comes with seven new watch face options, including Stripes, Chronograph Pro, GMT, and Artist, while curating, discovering, and sharing new watch face configurations with others. With watchOS 7, one can also share watch faces with others. So if you happen to like other person’s Apple Watch face, you can ask them to send a link to it.

Family Setup in watchOS 7 extends Apple Watch SE to the entire family by allowing kids and older family members of the household who do not have an iPhone to benefit from the connectivity, safety, and fitness features of Apple Watch. Kids can also access emergency SOS at any time and enjoy a personalized Activity rings experience.

Keeping older members in mind, Apple has adopted faces with large type and complications, fall detection, and Emergency SOS buttons. There is also a new mode called Schooltime, which can help your little ones stay focused and attentive while learning at home or in the classroom when you have set up their Apple Watch using Family Setup.

With Apple Cash Family, you can send money to your children for allowances, chores. It’s easy to manage with parental controls.

Native sleep tracking has been one of the most requested features from the Apple Watch users. It’s compatible with Apple Watch SE as well. Using Sleep tracking, you can automatically measure your sleep time through accelerometer and gyro. You can find insightful data such as sleep quality, sleep goal completion, a period when you were awake, average sleep time, and average time in bed.

Another neat trick that’s compatible with Apple Watch SE is the new handwashing detection mode introduced with watchOS 7 update. The watch listens for the sound of running water and then starts a 20-second timer to help you wash your hands for the appropriate amount of time. Apple Watch SE  will use haptic feedback to remind you when the 20 seconds are completed or if you stop before the time expires.

Apple Watch SE features an always-on altimeter that provides real-time elevation all day long by using a new, more power-efficient barometric altimeter along with GPS and nearby Wi-Fi networks. This feature allows for the detection of small elevation changes above ground level, up and down to the measurement of 1 foot.

It’s good to see Apple bringing health and safety features to a relatively affordable Apple Watch SE. Credited with saving a number of lives, the Fall detection uses a custom algorithm and the latest accelerometer and gyroscope in Apple Watch SE to detect when a user falls.

Following the event, Apple Watch sends the user an alert after a hard fall, which can be dismissed or used to initiate a call to emergency services.

Health improvements in Apple Watch SE don’t end here. Apple Watch SE can send a notification if the decibel level of surrounding sound has risen to a point that it could cause damage, and users can check noise levels at any time through the Noise app or Noise watch face complication.

Environmentalists will appreciate this one. The Apple Watch SE case is made from 100 percent recycled aluminum. In a bid to reduce electronic waste, the company is removing the AC adapter from Apple Watch SE packaging.

Apple Watch SE is shaping up to be another blockbuster release from the company. It can be the perfect pick for iPhone users to enter Apple’s wearable platform on a tight budget. What are some of your favorite features in the Apple Watch SE? Share with us in the comments below.