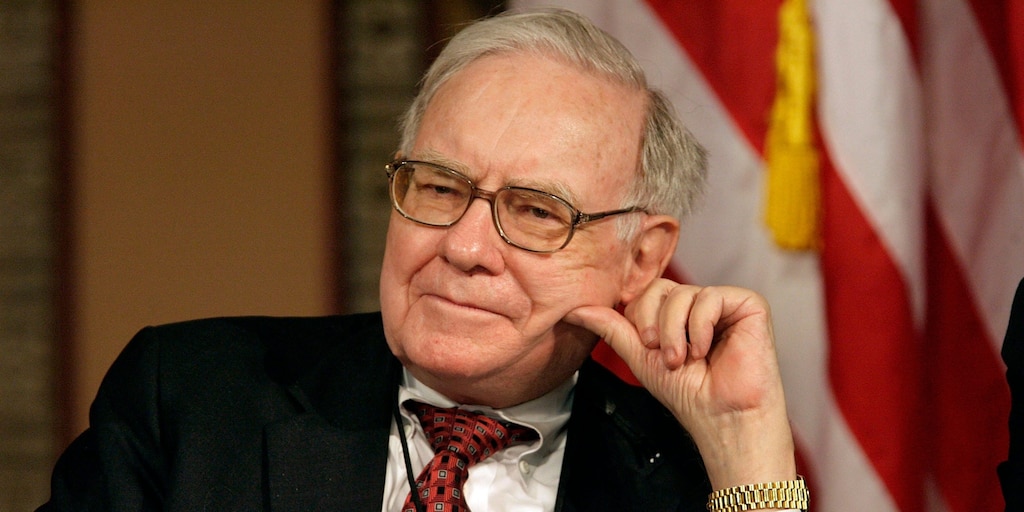 Warren Buffett’s Berkshire Hathaway saw more than $19 billion wiped off the value of its Apple stock during the tech rout on Thursday and Friday.

Apple’s stock price tumbled 8% on Thursday and as much as 7% on Friday. The decline cut the value of Berkshire’s stake to less than $110 billion at one point — $26 billion below its $135 billion peak on Wednesday, when Apple shares hit a record high.

Read More: A UBS real estate-investing chief told us 5 ways investors can profit from the pandemic’s transformation of how Americans live and work — including the housing markets poised to boom

However, Apple stock is still up more than 50% this year. Its outperformance reflect unprecedented efforts by the US government and Federal Reserve to keep markets afloat, the boom in day traders with an insatiable appetite for tech stocks, and robust demand for Apple’s products and services as consumers seek to stay informed, entertained, and productive during the pandemic.

Berkshire remains heavily in the green on Apple, the biggest holding in its stock portfolio. It spent about $35 billion to build the position between 2016 and 2018, meaning it has still more than tripled the value of its investment. However, its current $74 billion gain is well below the $100 billion level it briefly hit on Wednesday.

Still, Berkshire’s $109 billion in Apple stock is worth roughly as much as the entire market capitalization of IBM and more than Citigroup ($108 billion) or Starbucks ($101 billion). It’s also more valuable than Buffett’s personal fortune of about $83 billion, according to the Bloomberg Billionaires Index.

Read More: One of Tesla’s biggest bulls on Wall Street breaks down how the company’s $5 billion stock sale could benefit retail investors — and explains why the electric-car giant would still be cheap at $1,400 per share in 2024

Moreover, Berkshire’s Apple stake represents almost 23% of Berkshire’s $521 billion market capitalization. That’s striking because Berkshire owns scores of companies including Geico and See’s Candies, it boasted $390 billion in net assets at the last count, and Apple is just one of the more than 40 holdings in its equity portfolio.

Here’s Apple’s stock chart for the year so far: 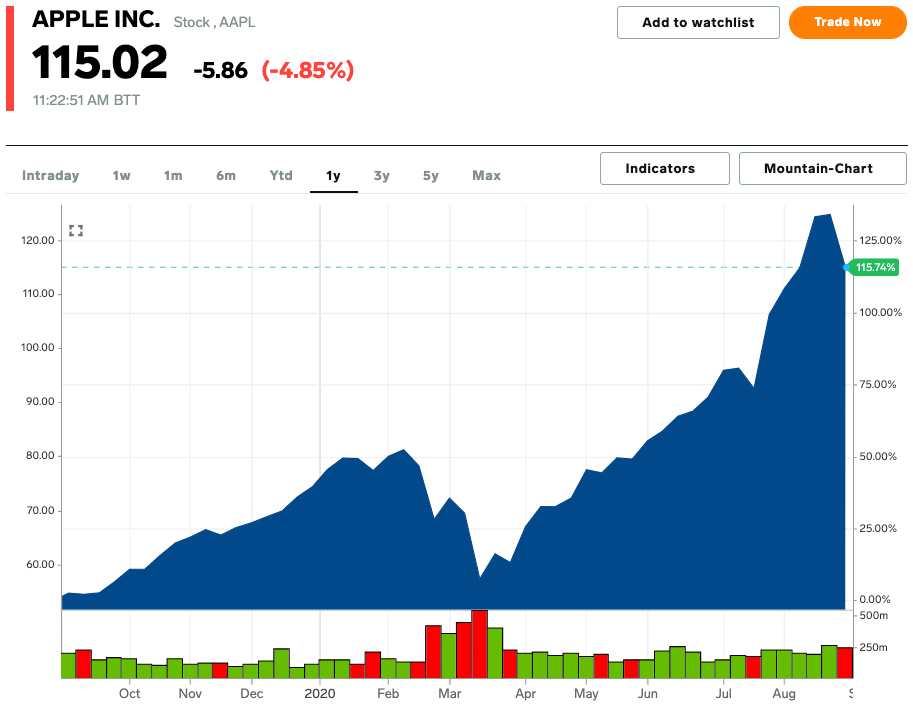