Smartwatch sales are on the rise in North America, with Apple leading the wearable market due to the popularity of the Apple Watch Series 5.

The popularity of wearables like the Apple Watch and FitBit continues to grow in North America. The market grew 10% over last year, partially due to the popularity of under $50 activity trackers. 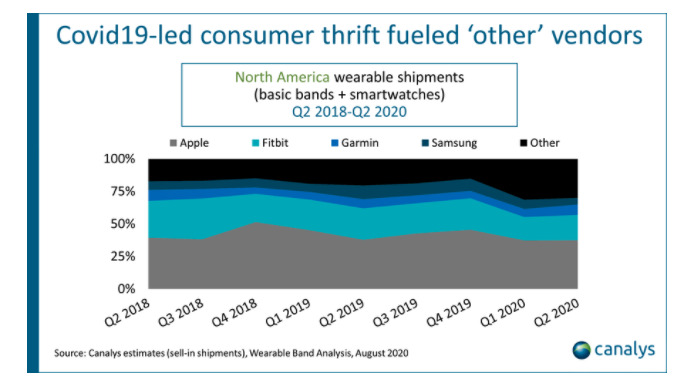 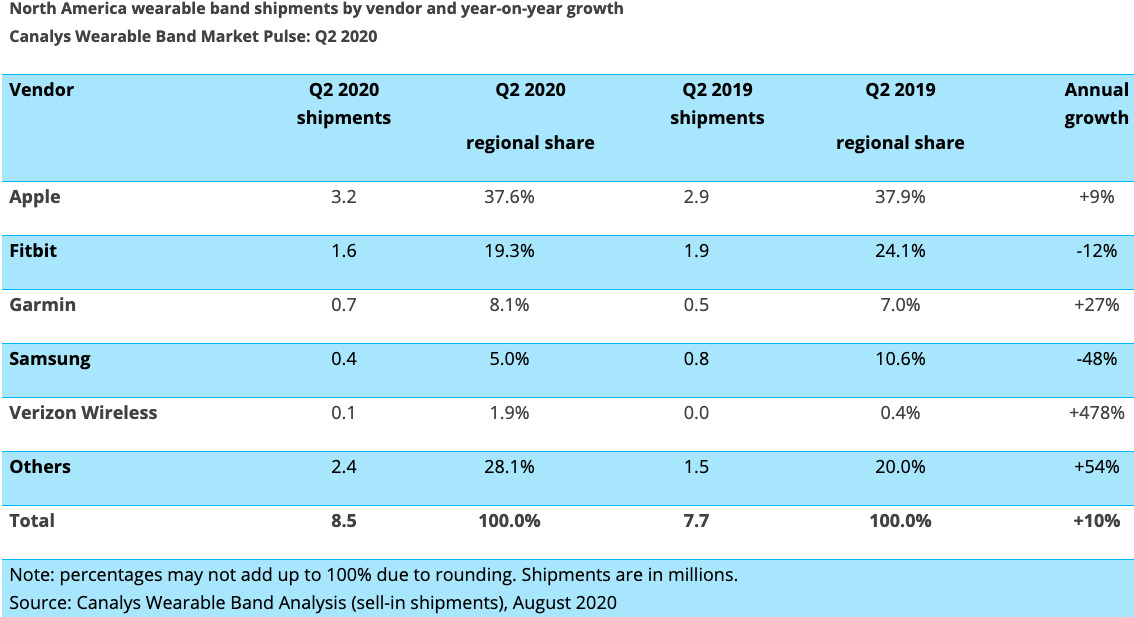 Canalys also expects that in 2021, the market will split into “activity trackers” and more full-featured “medical-oriented devices.” The “Apple Watch Series 6” would likely fall into the latter category, with new health tracking features that could include blood oxygen monitoring, anxiety monitoring, and sleep tracking.

It was recently reported that the Apple Watch shipments have declined somewhat, partially due to volatile market conditions spurred by the coronavirus.