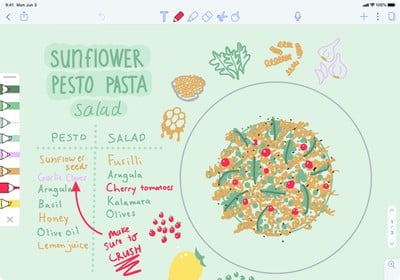 Among the new tools is a feature that lets users draw arrows and curves that will snap perfectly into place. Users can also now draw perfectly spaced dots and dashes with the pen and highlighter tool.

There’s a new favorites toolbar that allows for quick access to saved Pencil, Highlighter, and Eraser styles, and the Pencil and Highlighter tool menu has been refreshed with greater spacing to hold more colors, widths, and brushes. 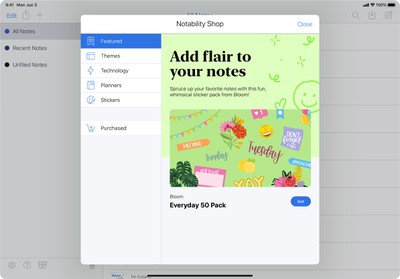 The update also introduces the Notability Shop that’s aimed at enhancing the app experience with additional features. New themes and artist-designed sticker packs are among the first to debut in the in-app store.

Ginger Labs is working on bringing a digital planner to Notability to help with reaching goals and managing day-to-day tasks. The feature is coming soon and will be available in the Notability Shop upon release.

Notability can be downloaded for $8.99 on the App Store and $1.99 on the Mac App Store, and the update will be rolling out to existing users today.