Users can also consolidate proxy media, images, and audio to an external or network-connected drive. A Final Cut Pro Library can now be relinked to proxies already created for added flexibility.

Editors can now link to proxy media generated by third-party applications via XML. If proxy media is not available for some clips, users can adapt workflows to display either the original file or an optimized version.

Using machine learning, clips in a project can be automatically analyzed for dominant motion and intelligently cropped with Smart Conform to convert them into formats and proportions suitable for Instagram, Snapchat, and Twitter. 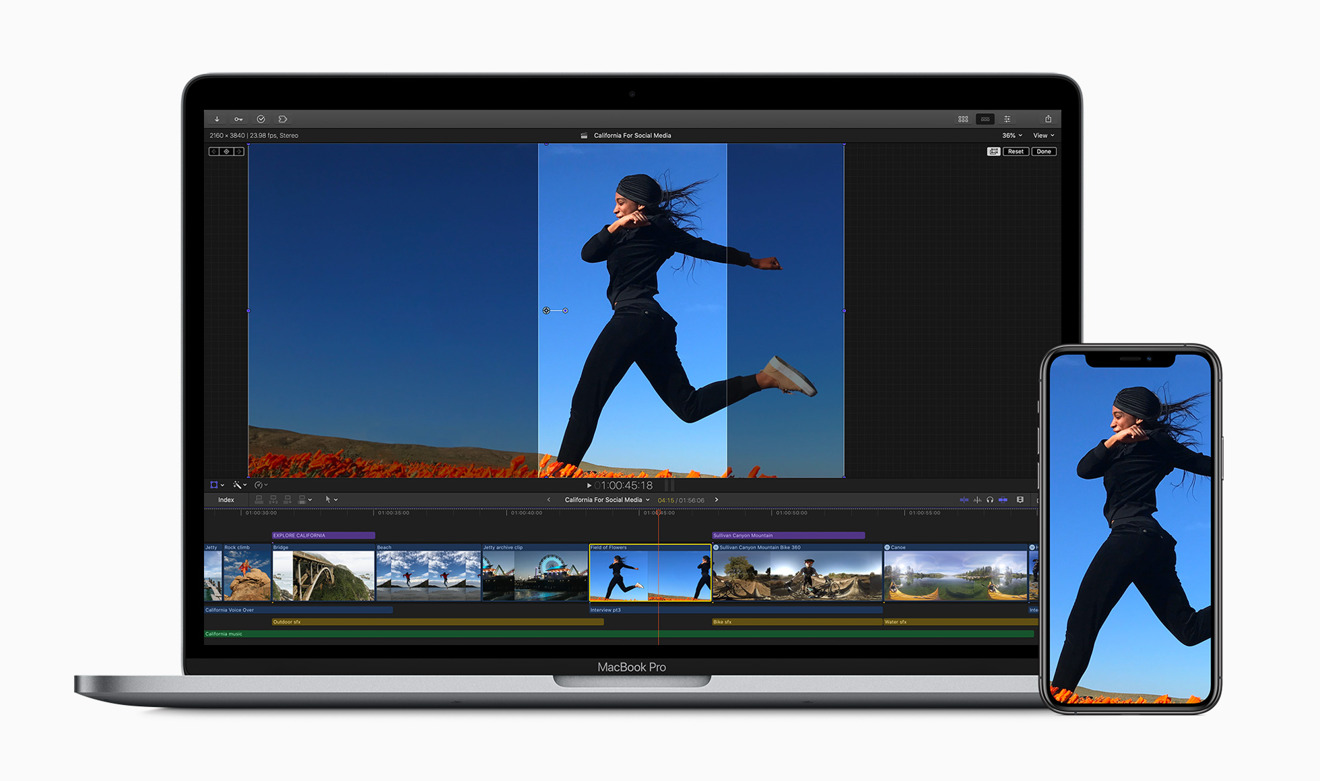 Transform Overscan reveals media outside the crop boundary when adjusting scale, rotation, and position. Video editors can also add a Custom Overlay to guide them when placing text and graphics within a non-landscape frame.

ProRes RAW camera settings, such as ISO, color temperature, and exposure offset are exposed in the inspector. Audio crossfades on adjacent clips can be applied in one step. Apple also notes that this release also introduces significant performance improvements with new Metal-enabled plug-ins for RED RAW and Canon Cinema RAW Light.

Using the new version, Apple says that transcoding 8K RED RAW video to ProRes 422 is up to two times faster on the Mac Pro, and up to three times faster on a MacBook Pro.

When working with 360-degree video, editors can stabilize stereoscopic 3D video and view footage in the 360-degree Viewer with separate streams for each eye. Users can also start working immediately with remote content while it is downloading in the background from web-based asset management applications, such as the Frame.io workflow extension.

Creators can import third-party 3D models into Motion, or choose from a built-in library of 3D models in the USDZ format for use in titles, generators, effects, and transitions. Also included in today’s Motion update is the new Stroke Filter, a tool that automatically outlines an object or text element using its alpha channel. 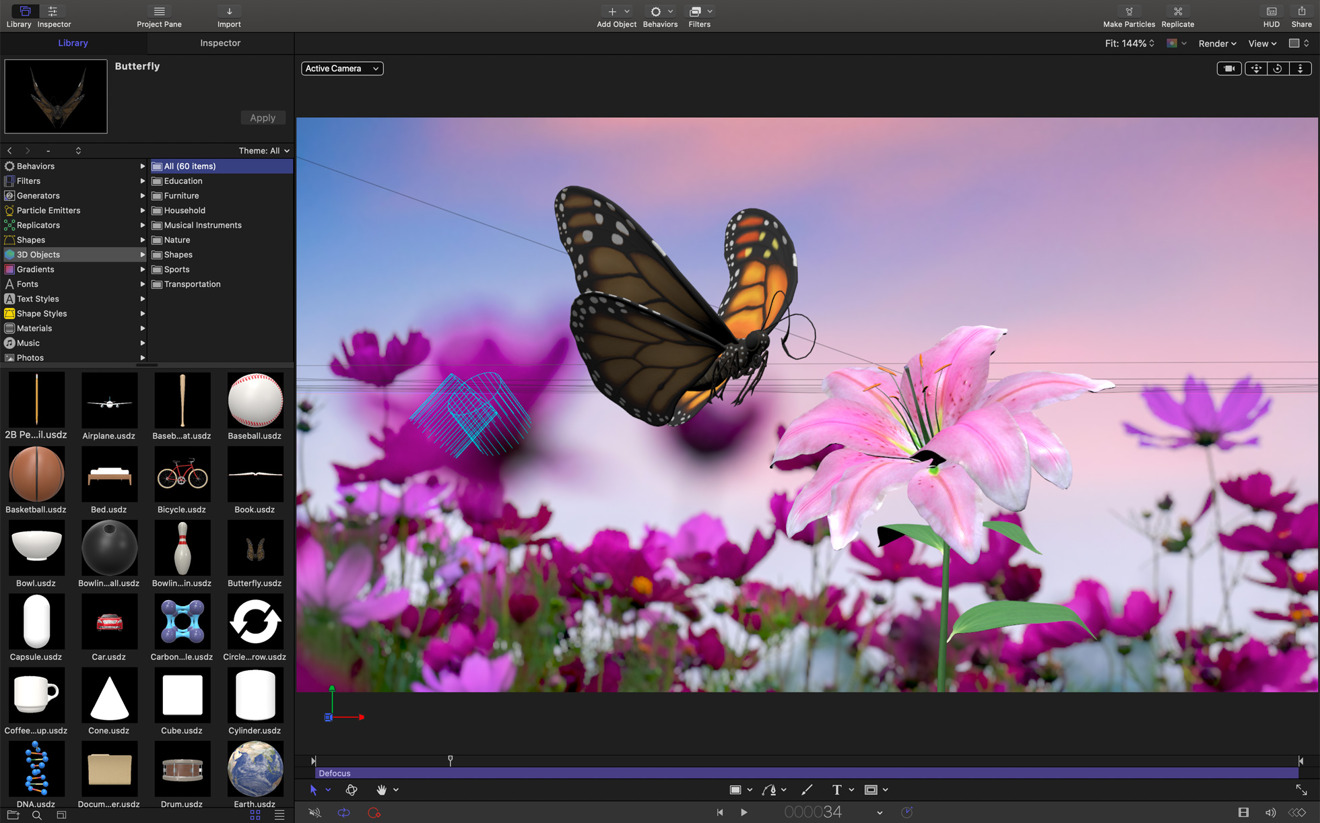 Compressor has also been updated with support for custom LUT effects, the ability to use Camera LUTs to convert log-encoded footage to SDR or HDR outputs, and other workflow enhancements.

Final Cut Pro 10.4.9 is available today as a free update for existing users, and for $299.99 for new users on the Mac App Store. Education customers can purchase the Pro Apps Bundle for Education for $199.99.

Motion 5.4.6 and Compressor 4.4.7 are also available today as free updates for existing users, and for $49.99 each for new users on the Mac App Store.