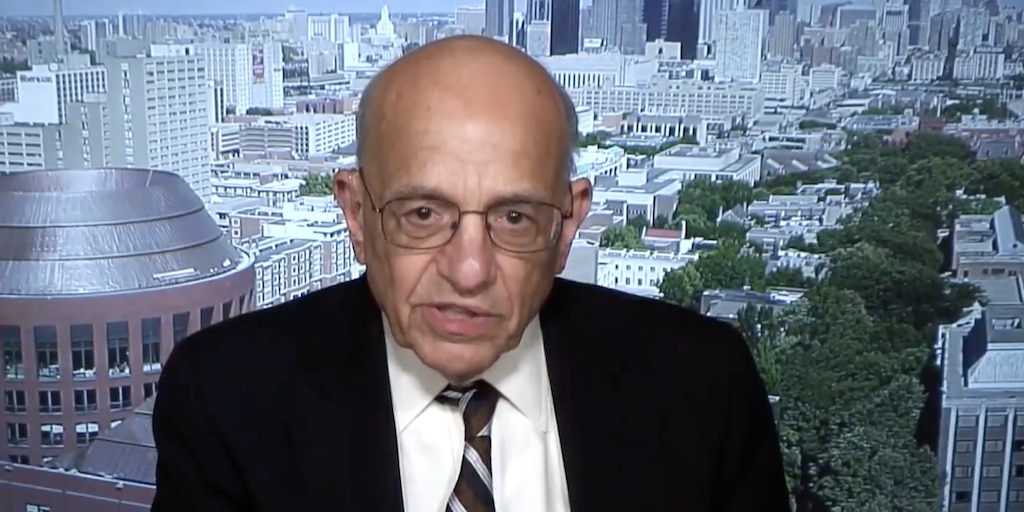 “We’re not anywhere getting near down those March lows. A little pause if we get that wave, but I don’t think it’s going to really stop the longer-term momentum,” Siegel said.

Siegel said that the forward-looking nature of stocks and the continued liquidity provided by the Federal Reserve would be a “really powerful force” for the market’s drive. The professor said that even if an effective coronavirus vaccine takes another six months or more, stocks would still move upward in a V-shaped recovery.

Read more: BlackRock unpacks the 4 biggest changes it has made to portfolios since the crisis began 6 months ago — and shares how it’s positioning to thrive in a post-COVID world

“That’s why you could have a U economy, a W economy, and you can still have a V stock market, because of that forward-looking component,” he said, adding that 90% of the value of a stock depends on its earnings more than 12 months in the future.

He also discussed the popular debate about whether investors should buy more tech stocks or pivot into cyclical stocks as the US begins to recover.

Siegel said he believes that even if cyclical stocks outperform the market next year, it doesn’t mean tech stocks have to go down. The coronavirus pandemic has demonstrated to the economy how important tech is, and that’s not going away, Siegel said.

Read more: US investing champion David Ryan famously garnered a compounded return of 1,379% in just 3 years. Here is the 11-part criteria he uses to find the next big winner.