Just hours after Apple removed Fortnite from the App Store, Google has also pulled the Fortnite app from its Google Play Store. 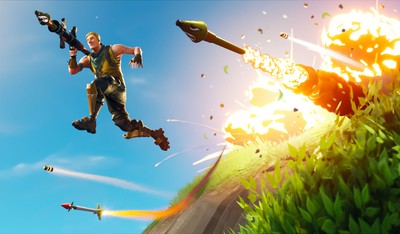 Developers offering products within a game downloaded on Google Play or providing access to game content must use Google Play In-app Billing as the method of payment.

Google in a statement to The Verge said that it has policies about in-app purchases that are designed to keep the Play Store safe for users. The statement is very similar to Apple’s, in fact.

The open Android ecosystem lets developers distribute apps through multiple app stores. For game developers who choose to use the Play Store, we have consistent policies that are fair to developers and keep the store safe for users. While Fortnite remains available on Android, we can no longer make it available on Play because it violates our policies. However, we welcome the opportunity to continue our discussions with Epic and bring Fortnite back to Google Play.

According to The Verge, Google clarified that it has no issue with Epic distributing the game on Android devices through other channels, but the rules for the Play Store must be followed for the app to be available through it.

Even though the app has been removed from the Play Store, it can still be used on Android. Fortnite can be downloaded through the Epic Games app or through the Samsung Galaxy Store.