Apple is planning to launch an Apple TV Channels bundle that features CBS All Access and Showtime at a discounted price, reports Bloomberg. 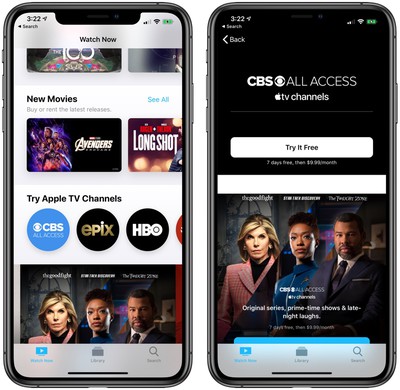 The bundle, which aims to spur usage of ‌Apple TV‌+ and the ‌Apple TV‌ Channels feature, will be priced at $9.99 per month. It is set to roll out as early as Monday, and will be available to those who have an ‌Apple TV‌+ subscription.

Users still need to pay for the streaming services, but without the hassle of downloading an app and signing up separately. Some of the Channels available in addition to CBS All Access and Showtime include Starz, HBO, Nickelodeon, Mubi, The History Channel Vault, Epix, Comedy Central Now, and more.