China will no longer be the world’s manufacturing epicenter going forward, according to Apple’s largest supply chain partner Foxconn, which has been gradually expanding its operations in other countries amid the U.S.-China trade war. 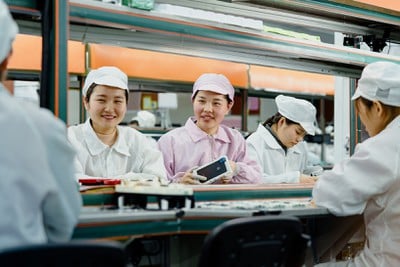 “No matter if it’s India, Southeast Asia or the Americas, there will be a manufacturing ecosystem in each,” said Foxconn chairman Young Liu, according to
Bloomberg. Liu boldly proclaimed that while China will continue to be a key location for Foxconn’s factories, the country’s “days as the world’s factory are done.”

The report claims that Foxconn’s manufacturing capacity outside China is now 30 percent of its total, up from 25 percent last June. Foxconn is one of several Apple suppliers that has expanded operations in India and Vietnam in particular.

Earlier this week, it was reported that Foxconn has commenced its seasonal hiring spree to assist with iPhone 12 production. Apple is widely expected to announce four ‌‌iPhone 12‌‌ models this year, including a 5.4-inch model, two 6.1-inch models, and a 6.7-inch model, all with OLED displays, 5G connectivity, and a new flat-edged design.

While new iPhones usually begin shipping in late September, Apple recently indicated that supply will be available “a few weeks later” this year. Foxconn expects a dip in its third quarter earnings results as a result of this delay.