Logitech recently debuted the Folio Touch, a keyboard and trackpad case designed for the 11-inch iPad Pro that serves as an alternative to the Magic Keyboard. In our latest YouTube video, we compare the $160 Folio Touch to Apple’s $300 Magic Keyboard to see which is better.

Logitech is
selling the Folio Touch for $160, while Apple’s Magic Keyboard for ‌iPad Pro‌ is much more expensive at $300, so right off the bat, it has a huge advantage when it comes to price. 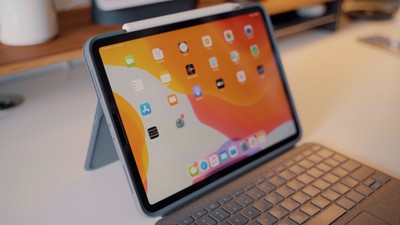 The Folio Touch has better viewing angles thanks to a movable stand, it offers more protection for the ‌iPad Pro‌ because it encases the entire device, and the cover can be folded all the way back to use the ‌iPad Pro‌ in tablet mode or with an
Apple Pencil, something the Magic Keyboard isn’t capable of.

Design wise, the Folio Touch is bulkier because of the extra protection and made from a fabric material that’s less prone to dust and grime, but that aforementioned stand is malleable and not as sturdy as the Magic Keyboard in a lap. The hinge of the Magic Keyboard is sturdy and the floating design is visually impressive, while the Folio Touch offers a more straightforward iPad folio case design. 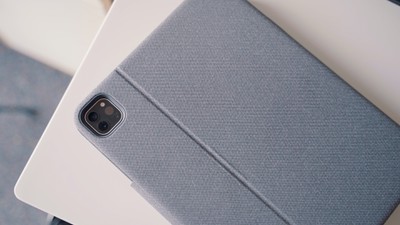 One major advantage the Folio Touch offers is a function row of keys for controlling media, accessing the
Home Screen, adjusting screen brightness, and more, and that’s missing on the Magic Keyboard. There’s space for charging the ‌Apple Pencil‌ with the Folio Touch and it can be held in place with a magnetic flap when the keyboard is closed. The same is true of the Magic Keyboard, but there’s no extra flap for holding the ‌Apple Pencil‌ in place. 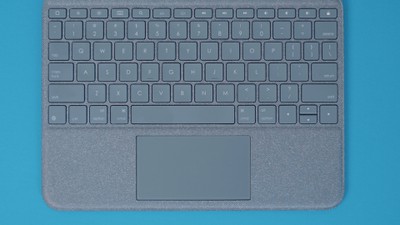 The Magic Keyboard’s trackpad is a little bit better because it doesn’t take as much force to click, but that’s mitigated if you have tap to click turn on. Both trackpads have the same functionality and work with all the
iPadOS gestures. The Magic Keyboard’s keys also feel better under the fingers with more travel and a sturdier press, but it’s a close call.

Both have backlighting and connect to the ‌iPad Pro‌ using the Smart Connector, so there’s no need to charge or use Bluetooth, and both keyboard options seem to drain about the same amount of battery from the ‌iPad Pro‌. There’s no extra USB-C port on the Folio Touch like there is on the Magic Keyboard, which is a negative if you want to use an extra accessory, plus the cutout is a little bit small so it might not work with docks. 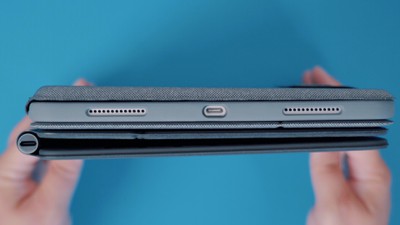 Make sure to watch the full video for a better look at how the two keyboards compare, but in a nutshell, Logitech’s Folio Touch is an appealing Magic Keyboard alternative because it offers the same functionality as the Magic Keyboard, and when it comes to the stand and the versatility of the case design, it’s even better than the Magic Keyboard. 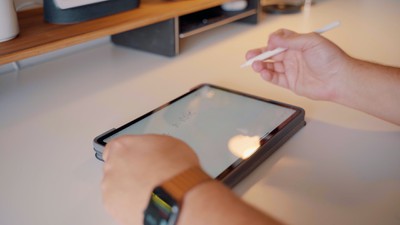 There are some perks to the Magic Keyboard like that extra USB-C port and the more unique and visually appealing hinge design, but at $160, the Logitech Folio is definitely worth considering for those who are looking for an ‌iPad Pro‌ keyboard. The biggest downside is that it’s not yet available for the 12.9-inch ‌iPad Pro‌.

We’ll have a more in-depth review of the Logitech Folio Touch coming later this week, so keep an eye out for that, and let us know in the comments what you think about each keyboard.