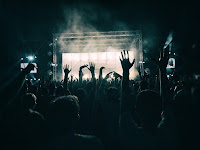 On the surface Dave Grohl, the drummer for Nirvana and front man of Foo Fighters, doesn’t seem like the celebrity who would come to the defense of teachers amid controversy over school re-opening plans. But that’s exactly what he did in a
video that was released today on the Foo Fighters YouTube channel. I won’t say anything more than just watch the video and share it.